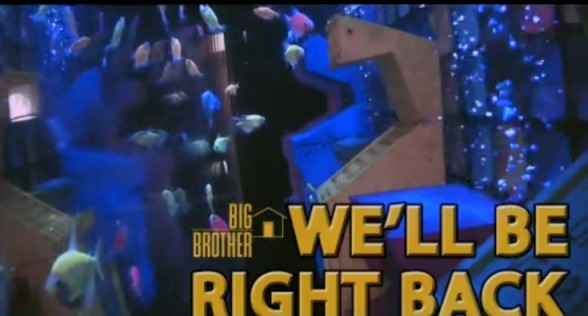 I’m going to start this post by saying that this is not a bash on the actual season of Big Brother 20. I think this is the best cast in a long time and I’m completely grateful there were no returning players to ruin this bunch of people who really want to win.

Every season, you can pick out roughly half the house that treats the season like a summer camp where they’re just auditioning for their next careers. Ironically, one of the least impressive players this season – Rockstar – was the person trashing the rest of the house for only being there for other reasons other than winning. The others from Tyler to Angela to Swaggy to JC to Scottie to Haleigh (and more) all really tried this summer and really played their asses off. Some made it further than others (sorry, Swaggy), but it was hard to peg the floaters of the season. Sam has been falling into that role, but she is still gaming a bit on the side. She’s just mostly gaming a social game strategy.

This is not about the cast, however. This is about production’s nightmare of a season.

Here is a list of things they’ve had to deal with this season (in no particular order):

Fortunately, thanks to the leak in production, we were made aware of just how annoyed they were with most of those situations. That’s why I personally appreciate Vegas but I’m sure production isn’t too thrilled because this is just stuff they normally would have swept under the rug. To be fair, a majority of that listed above was not the fault of production as it was the struggles of running a show like this. They made the Kaitlyn app as easy as possible. They didn’t plan on the first endurance comp being so damn short. Kicking someone out of the house is a big deal and JC skated right along the border of that all season long without actually crossing the line

No, the things JC did were not excusable or good, but neither Tyler nor Haleigh actually complained to production which put production in a tough spot. Take the kissing thing. The person who was kissed (Tyler) actually kissed Angela on the forehead at one point. Angela didn’t complain because she was obviously not bothered by it. Should production have taken it upon themselves to kick Tyler for that?  The issue people seem to really have is that the alleged sexual assault on Tyler was done by someone of the same sex. We watched Kaitlyn appear to grope Brett in his sleep and whatever outrage over that on Twitter died within a day or so.

As I stated above, the season has been great so far and the title makes it sound like these problems were all a planned sabotage by production. They’ve done the best they could with the things they were given, but it’s just incredible how many crazy things happen during a season that has so far killed in the ratings and has the appreciation of many fans.   Enough rambling. It’s a slow afternoon in the house, but I’ll start a live feed thread soon!