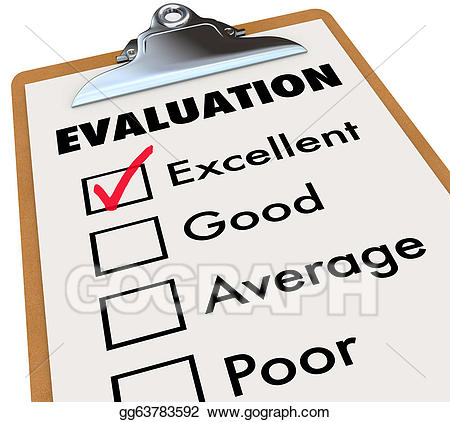 Now that Big Brother 20 is well underway, it’s much easier to talk about the houseguests than by using the tiny profiles given to us by CBS.

The show is off to a rocky start with controversies left and right and not a whole lot of drama on the feeds. Kaitlyn blew up on Brett one night, but the other nights it has been far more about gameplay than drama. While that is good for hardcore Big Brother fans who appreciate good gameplay, but if you love people screaming and fighting, so far this is not the season for you. The one thing this cast is full of are people ready to play the game. Even people who appear to be floaters are really just laying low and waiting for their turn to strike.

I’m going to go through the remaining cast and evaluate their games so far and how I see them doing in the long run.

Pre-season prediction: Floater with potential for early exit
Reality: So far Kaitlyn has lived up to expectations as someone who is basically a floater just trying to have a fun summer. She is easily manipulated by anyone who talks to her and bounces back and forth depending on the last person to be nice. She has made an impact in the game so far, but is quickly becoming a target and has virtually no protection. Her major ally – Tyler – is all but sick of her and worried she’s going to wreck his game.
Prediction: I still don’t see her making jury
Grade: D+

Pre-season prediction: Superfan who doesn’t like to call himself a superfan
Reality: Scottie has done a decent job so far this season, but he has also made an enormous move that may haunt him in the long run. He drew a massive line in the sand by nominating Brett and Winston and not backing down. We’re a day away from seeing the results of that vote, but that could go a long way in determining Scottie’s long-term fate in the game. If Brett stays, Scottie has a better chance than if Winston remains in the game. Winston will come after him as hard as he can, but Brett may lay back and lick his wounds for a bit before deciding to make a strike at Scottie.
Prediction: If Brett stays (and he should), Scottie should make jury and possibly final 5.
Grade: B-

Pre-season prediction: Boring and bromance with Brett
Reality: The only thing I got wrong about my early prediction with Winston is that I thought he would make top 5 or at least easily make jury. It appears that he will be watching the season from his couch barring a miracle this week.
Prediction: I think he’s the next person evicted
Grade: D

Angela –
Pre-season prediction: Very unsure about which direction she’d go in
Reality: Angela is a mystery to me. She is trashed on fan sites for basically being a couch or any other piece of furniture, but I see that as a positive and not a negative. When I look at her game, I see a player who is playing extremely under the radar and looks like a huge sleeper pick of the season. Whenever I hear her talk game, she is very serious about it and plans to make an all-girl alliance once the stronger men are out of the house. If this does happen as planned, Angela is one of the strongest females in the house and that could carry her to the end.
Prediction: She is going to be a leader of an all-girls alliance and make final 5
Grade: B+

Angie Rockstar –
Pre-season prediction: Midseason eviction right around start of jury
Reality: Rockstar is playing a below average game so far as she’s been on the wrong side of every eviction this season. She has made it no secret that she does not get along with Brett, Winston, or Angela and all of them know she’ll target them as soon as she has the chance. That means she is right up there on the front lines which is just not what you want to do this early in the season.  I really don’t see her coming close to the final 5 although she should make jury.
Prediction: Rockstar will be rocking it out in jury house as one of the first people in there
Grade: C-

Pre-season prediction: Early eviction for her
Reality: The best thing to happen to Bayleigh’s game so far was her showmance with Swaggy. The second best thing was Swaggy being evicted from the house and Bayleigh getting a lot of sympathy from that. This earned her the final power of the season and she chose a solid one where she will be the hidden HoH soon. This all but guarantees she’ll survive next week and possibly beyond considering very few actually know she has this power. Once I saw that Bayleigh’s social game was not going away when Swaggy left, I knew she was going to be in it for the long run.
Prediction: Bayleigh should now make it fairly deep into the game
Grade: A-

Brett –
Pre-season prediction:Should make it deep or be a super early exit
Reality: Brett nearly killed his game with the super close ‘bromance’ with Winston. This created a situation where he was nominated early and quite possibly evicted from the house 3rd. This week should be a close vote and it’s still almost a coin flip which direction the house goes in. His social game is phenomenal but that has made him a huge target which won’t go away if he stays. He’ll have some shielding from his alliance but not enough to keep him to the end
Prediction: He should survive the week and maybe a few more but I don’t see his time in the house as a very long one
Grade: C-

Check out the remaining 7 on the next page