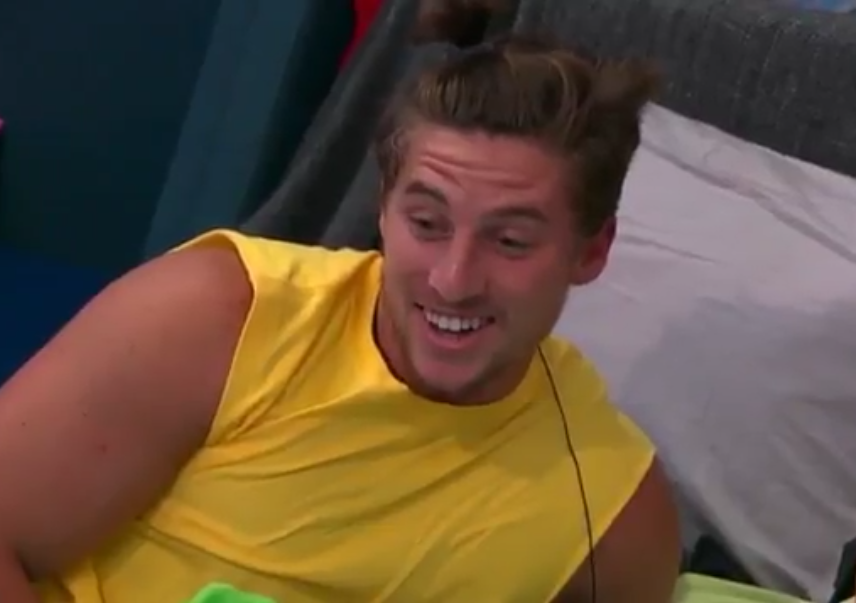 Good morning! I hope everyone is enjoying the weekend and hope it’s more exciting than what I’m going to recap. As Steve said yesterday, it’s a repeat of last week. This is why I don’t like the battle back. It adds a couple minutes of excitement to the show but in exchange, we have to sit through a dull week. It simply isn’t a good trade imo. If Scottie or Haleigh had won, it would be the same.

Here’s the plan: They (Foutte/Hive) think they’ve figured out that 6 people have been working together. (L6 plus Sam and JC) If all 5 Hive people are in jury, they’re each going to pick one player they don’t like. The player each one of them gets to choose, gets eliminated as a potential winner. After the 5 Hive players have picked their one person to eliminate, the one remaining person out of the 6 will be the winner. (I’ll give you my thought on this bull shit at the bottom because if you only want the recap, I won’t put you through it !)

I’m so annoyed with the jury talk from Scottie that truthfully, I didn’t even feel like doing a recap this morning. I don’t care who wins and I never have. I have people every year that I don’t want to win and even if they win because of a bitter jury, I can (usually) accept it. I’d love it if the players didn’t have feelings and the term “jury management” didn’t have to exist but that isn’t realistic. Many people didn’t think Josh earned his win last summer and felt Paul played a superior game. Many of those same people will admit Paul did a terrible job with the jury. He lied about the game as players were leaving and kept lying on finale night. He left the players feeling bad about him and bad about themselves. This is the recipe for a bitter jury.

Is what we heard yesterday the same thing? I suppose it’s debatable but I think it’s different.  It’s one thing to feel bitter because you can’t help it. I feel that creating a detailed plan to INTENTIONALLY give the prize to the person you collectively hate the least on a PERSONAL level is bullshit and a disgrace to the game. Why have games moves and competitions at all? Why not do what Sam wanted and have picnics and ‘get to know each other better’ activities? I mean, that’s the best and most thorough way to determine who you like, isn’t it?

This idiot alliance has given us a lot of laughs. They weren’t ever going to be known as good players but they could be known as that terrible alliance that entertained us all summer. Something about them being so consistently awful made them more likable. They also have the chance to show up last year’s jury. (It doesn’t matter if you thought Josh or Paul should’ve won. We know the jury voted bitter, it isn’t a secret) They could have the moment of saying “we screwed up the game but we got it together in the end to picked the best winner. Our final decision was a smart one.” It’s made even worse because from the things they’re saying, they know they were outplayed and are acknowledging it. They just don’t care.

I understand it’s early and it could just all be talk so it may change. I don’t feel super good about the odds of that happening and that’s why I’m so annoyed by what was said yesterday. Bayleigh and Rockstar played with a bitter and personal mindset while in the game so I’m not holding out too much hope their personalities change while in the jury house. Haleigh and Fessy had a lengthy conversation last week about their plan to vote bitter on purpose. I gave them the benefit of the doubt at the time and thought maybe they were just mad but would get over it. If they have Rockstar and Bayleigh validating those feelings and plans, I’m not so sure they will.  I’ll get over how I feel today and go back to hoping this won’t happen but for today, I’m pissed.

This was such a stupid thing for Scottie and Haleigh to spread around the house. I’m assuming the reason was to convince people not to fill the jury with Hive people or they’re just idiots! All they accomplished was to have L6 double down and be even more determined to have two L6 people at the end. Bonus point for Scottie & Haleigh: They may have helped Angela get closer to a F2 seat which wasn’t anyone’s plan before.

Hopefully Steve will be in a better mood than me when he updates for you today. I’m going to pout a while, shake it off and be better tomorrow. Hope you all have a great Sunday!