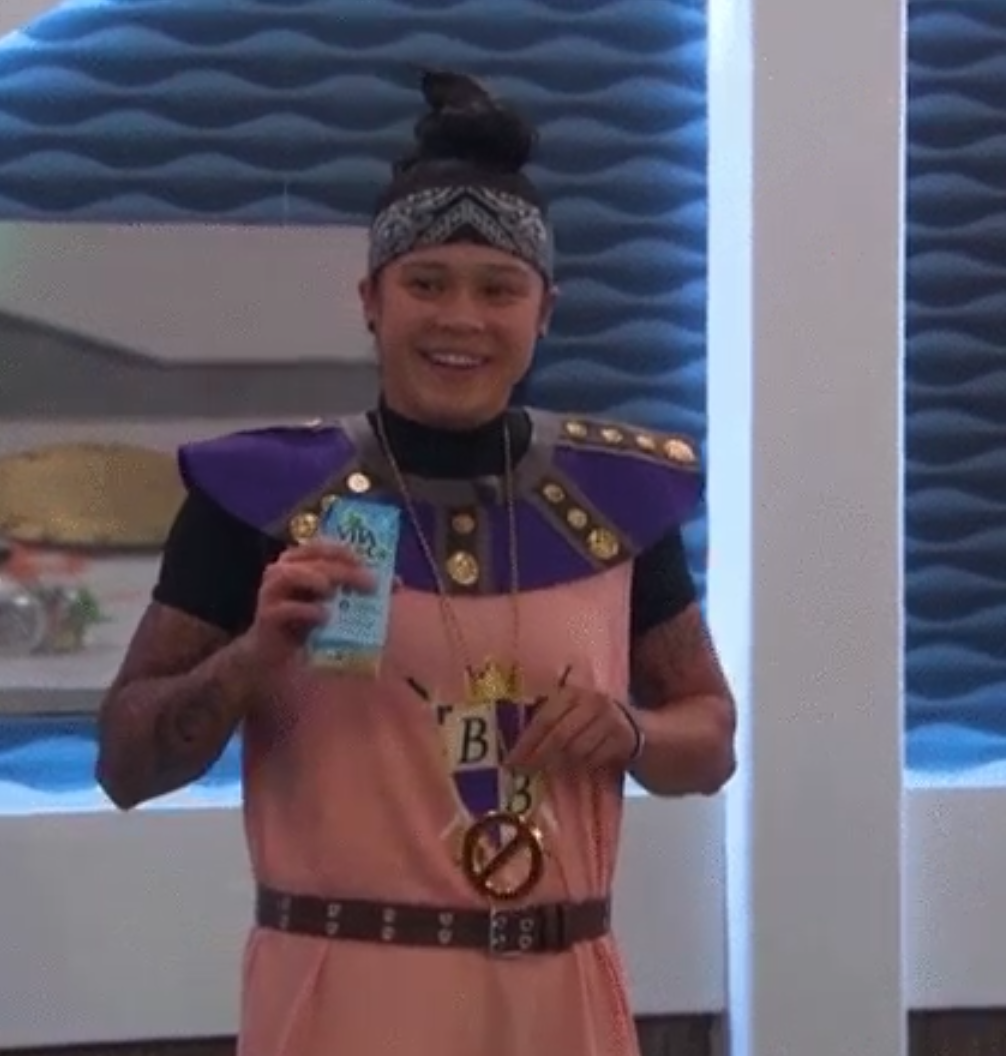 Good morning and I hope you’re having an amazing weekend. I worked on that ‘to do’ list I mentioned yesterday. Yeah, it’s only the list and not the actual work but I’m a planner and like to pace myself. (that sounds good, right?)

America’s Favorite Houseguest campaigning is all over social media. This is the time is starts going into high gear and with Haleigh’s eviction, I’ve noticed it even more. Rachel and Kaitlyn are really pushing for her to win it the way Jessica did for Cody. Nothing against these two ladies but Jessica had a hook, which was that Cody went against Paul. (Alot of people who voted for Cody did it because Paul was convinced America would hate him, not because of anything Jessica said) Kaitlyn was still supporting Tyler a lot after she was evicted but she unfollowed him on all his social media after the ‘I love you’ talk between Tyler & Angela. She said she plans to call him out for his “emotional manipulation.” (Is that anything like claiming you talk to his deceased father? Just curious?)

If  Haleigh is your fave, knock yourself out but I don’t think Kaitlyn and Rachel will be the reason it happens. I’m sure Swaggy think he or Bayleigh will get it, at least that’s the way it sounds. (I thought once people left the house, clarity set in, maybe not for everyone) Everyone is eligible to get it this year, even the top 2.

My opinion won’t be the popular one and that’s ok with me. I’m sure it won’t be the one Steve and BBJ endorses either. KC and Tyler are my favorite Players but JC is still my favorite Houseguest. I’ve said before, it doesn’t mean I approve of everything he’s done or said this season. In fact, I strongly disapprove of those things. However, he’s played the game and to be a fave of mine, that factors into it. He’s given me the most entertainment and been the most fun to watch on the feeds. He’s also been the most interesting person to ‘get to know’ this season. (I’m pretty sure CBS won’t let him win it, regardless of the votes but then again, Cody was problematic and he won) If I’m voting for “houseguest” rather than “player,” JC is hard to top, for me personally. (I don’t go crazy voting, so if you don’t want him to win, I doubt what little effort I make will affect anything, so don’t worry)  This has been a great cast as a whole and I could see people having good reasons to vote for quite a few people.

Let’s move on to the recap for yesterday:

Someone on Twitter made a joke about Angela and Tylers 1 step and 2 steps ahead speeches. I couldn’t find it again but thought it was funny. They said if one or both are in the F2, when Brett goes to vote, he should say ” this is what’s called being 3 steps ahead.” I don’t know why but I thought it was funny, maybe because it sounded like something Brett would say.

That’s all I’ve got for today ya’ll, it wasn’t very much! Have a great Sunday and this is “Melbert” signing off…