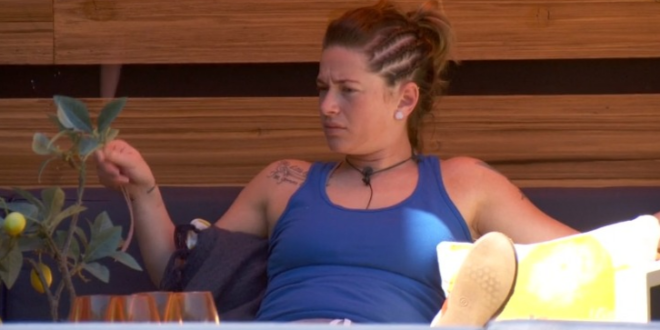 Happy Sunday! It’s the slow and awkward day of the Big Brother week where nobody really knows what to do. The veto meeting is tomorrow so today will be spent hanging outside and enjoying the day considering they’ve been locked up way more than not recently. They’ve only had a few days outside in the past two or so weeks.

Then there is Kaitlyn. Lovely Kaitlyn. The person who admitted last night that she loved Fezzy and it didn’t sound like ‘as a friend’ type of statement. She’s going to be a basket full of emotions this week as the guy she loves is stuck debating between Kaitlyn and Haleigh. He is currently planning on using the veto on Haleigh but with Kait dropping that bomb on him, it’s hard to predict what he’ll do tomorrow.

Tonight’s episode on CBS should also be interesting as they plan on addressing the comment by JC the other day. I don’t even really want to talk about that as it’s beating a dead horse, so you can tune into the episode to learn more. Should be interesting how the show handles it, but it does sound like they’re going to be using it as a learning moment for everyone (how JC was also offended).