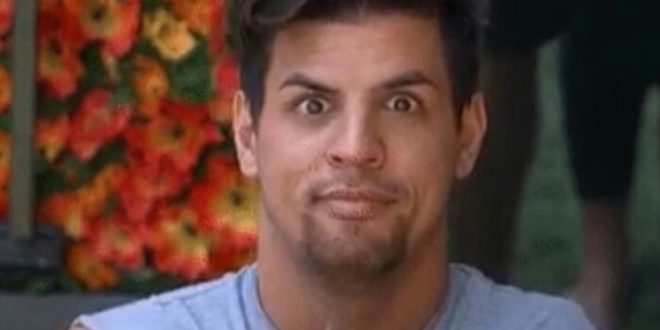 Good morning guys and gals! Yesterday was eventful for nothing to have really changed. The day started with Kaycee being the most likely renom, Sam having a plan and Scottie heading to jury. They day ended that way as well but boy did we hit some big curves and turns to land on the same path! I’ll touch on the episode, some highlights from the day and recap what happened later in the evening.

I missed the first half of the episode because a tornado touched down about 100 miles from my house. The warnings came early so I hope everyone in the area was able to escape without harm. I didn’t follow the warnings closely since they weren’t where I live but the lady who was reporting mentioned the Big Brother episode scheduled to air several times. I heard her say “we’ll get you back to your regularly scheduled program as soon as we can.” That’s normal but last night was the first time I’ve ever heard them address complaints they were receiving during the news broadcast and at least 4 times. She said “we’re receiving complaints from viewers wanting to know when Big Brother will be shown” and “even if this doesn’t affect you, it could affect your neighbors so please be patient.” The last time it was brought up, the reporter told viewers if they were concerned about missing the first part of Big Brother, it would be shown on cbs.com later and they could watch it there. She was saying this WHILE reporting on the tornado.  It made me curious as to how many complaints they were actually receiving because I couldn’t imagine them spending so much time on it if it were just a few of them. Look, I’m as BB obsessed as anyone but even I’m not that big of an asshole! Here’s my thoughts on what I did see:

This is the section of the day when L6 knows Sam tried to get Hay on the block. Haleigh still doesn’t know, she only knows about Scottie. She was their best chance to get Sam otb, not JC but they didn’t see it I guess. This was also around the time feed watchers were going nuts waiting for Fessy to tell Haleigh but they kept getting interrupted. It became comical waiting for the conversation.

There aren’t many dull times with this group and maybe today won’t be either.  I don’t know if Scottie will apologize to Haleigh during his speech or claim he has nothing to say because he’s mentioned doing both. I hope JC ‘s Speedo actually does fit Brett because we might get some crazy antics from him too. Either way, it could be an interesting day. Check back later with Steve for the details and have a great Monday!