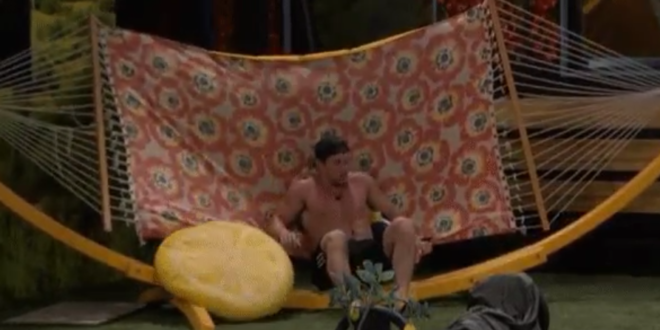 We heard another DR leak yesterday when Tyler was in there about to come out and name have-nots. (another one for Steve’s list)  Here’s some more of what happened yesterday:

Latest conspiracy: Some people think because Tyler’s feet came off his disc during the hoh comp, he should’ve been disqualified. The rules stated that you couldn’t sit on it,  They didn’t say your feet had to stay planted on it. Now that snicker gate has been resolved, they needed something else to complain about.

Here’s a look at Brett’s emoji costume from the veto comp. (He hosted) 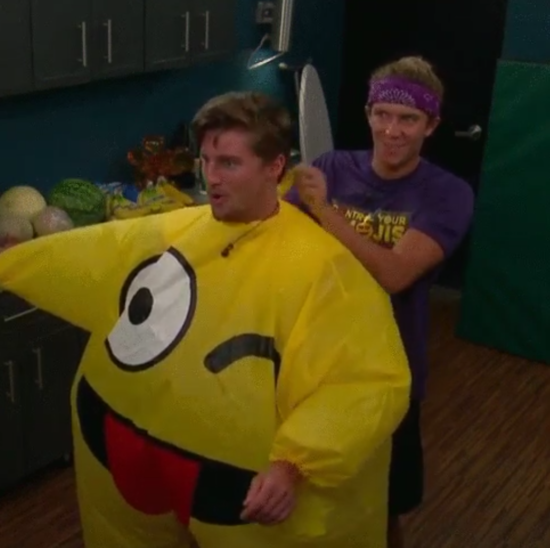 Veto ceremony will be today and I don’t expect it to be used. Have a great Labor Day Monday!