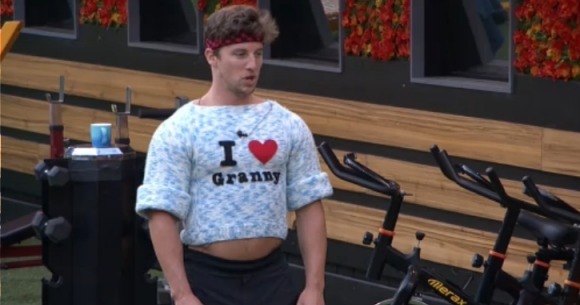 Good Monday morning! Yesterday didn’t have much game movement, it was more about the personal side of things. All the fun stuff should happen this afternoon so be sure to check back later today and get the details from Steve. You can sign up for the feeds on this site and this could be a great day to do it if you don’t already have them. I’m hoping to cut my work day short to see the fall out but it’s doubtful on a Monday.

Before I go over the individual conversations that happened, I wanted to mention the Hacker comp from last nights show. I saw Heath Lumen from CBS tweeting about it ahead of time and was anxious to see it. I may not like the twists but I did like the comp and I really liked the way it was edited to show all of them doing it at the same time. Watching some of the comps when they go one at a time can get so boring but this had suspense…and I knew who won! I bet tv viewers were really chewing their nails. It was simple but fun and as Steve’s already pointed out on last night’s thread, Brett spelling ANAL LICE was hilarious! 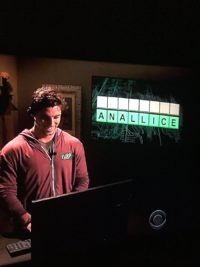 I’ve enjoyed every twist failing so far. Kaitlyn couldn’t get back in with Sam’s. Tyler will come back off the block anyway with Haleighs and if Bayleigh is evicted, she’ll leave without using hers. If somehow next week’s hacker could be voided again and Tyler didn’t or couldn’t use his power, it would be great! I know some people like the twists and this is just my opinion. A double eviction doesn’t ruin someones game because people usually target the players who have made huge targets of themselves. It’s on the player if they’ve played the kind of game that makes them a target in a double. Balancing relationships and the way people get evicted are part of the game.  Lets say Tyler had been evicted this week, should Haleigh get Tylers vote if she were in the F2 when she had no visible connection to his leaving?  If they really wanted them to expect the unexpected, they could do a double one year on week 3 or when there are 6 people left and mix it up a little.  Hg’s know when it’s going to happen every year and plan for it.  Enough about that!

The plan to backdoor Bayleigh remains in place and Foutte/Hive are starting to get nervous. Here’s the most relevant things they talked about:

While Level 6 continues to plot and put plans into place so THIS week will go the way they want, Hay and Bay start planning who they want to go home NEXT week…and doing it while they’re not feeling completely safe. Foutte/Hive usually has a talk with the hoh and moves on to fighting with each other for half the week. Level 6 communicates well, doesn’t fight to be the boss and comes up with plans to reinforce the plans they already have in place. Everyone has a role and they all go to work every day. Meanwhile, RS has obsessed over Brett and Fessy just thinks of Haleigh. Hay spends too much time having petty argument with Fessy and Bay is mad at someone almost every day. I wonder why one alliance is working and the other is falling apart?

Check back later to get the fallout from the veto ceremony and have a great Monday!