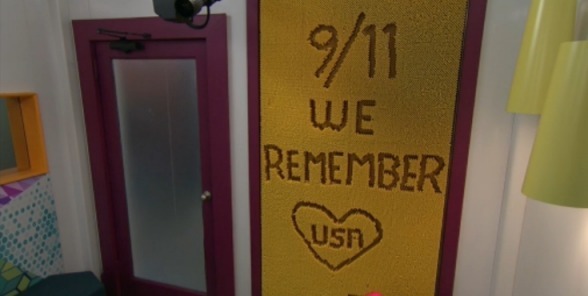 I never really know how to start off these posts on this day. September 11th is such an impactful day for this country that it’s hard to just keep to Big Brother and pretend it’s just a normal day. It’s not. No matter how many years go by, it feels the same every year if not worse. That is because every year it feels more and more like those shitheads who caused that attack got what they wanted the more this country becomes divided.

That attack created a bond like no other in this country which made us closer than ever before in the years following that attack. Over the years, that bond degraded worse than it was before and now we’re at the point where I’m scared to even write anything semi-political for fear it will turn into a massive debate in the comment section. Political parties have never been more divided despite the root of our division is the same issue – we want the best for our country. The only difference is that we have different visions on how to get there. The people who voted differently than you didn’t do so because they hate the country. They did so because they felt the person they voted for has the better chance at achieving those goals. You may disagree with the person they voted for, but we need to stop taking it out on the voters because we’re all the same.

Those in power have created a game out of the political system where political parties are like sports rivalries and there is a ‘winner’ and ‘loser’. They do this so they don’t actually have to work at winning our votes, they can just join a ‘team’ and have an instant fan (or voter) base. The only real winners and losers in a system like that are the politicians being the winners and everyone else being the losers. Nothing gets accomplished in the government and we have family members unfriending each other over a vote. A vote! The divide grows further and they work less and less to earn our votes.

This day 17 years ago made this country briefly stop seeing political parties and come together as a nation and the thousands of lives lost will all be in vain if we’re more divided now than we were on September 10th, 2001. Put your political differences aside and realize that your ‘enemy’ who voted differently actually wants the same thing as you and that is for a united and prosperous United States of America. The path we believe will get us to that end goal should not create such hostility and anger.  Make it a goal today to call someone you haven’t spoken with in a while, or visit them, or even just send them a message on Facebook saying hi. Let’s start building!

Dammit, I really didn’t want to write something like this because my goal is to keep this page strictly Big Brother. With that, I’ll go back under my rock and discuss the house…