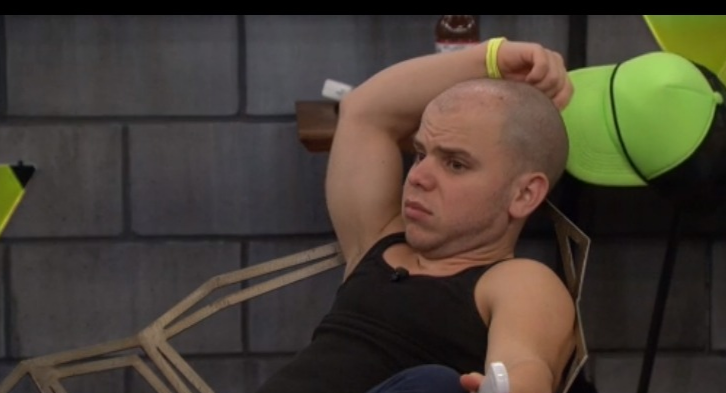 Good morning and thanks for the pep talk from last night preparing me for this morning from everyone. I have to bid an out-of-town job today so it may be good for me that the house was slow since I have to get an earlier start at work. I also wanted to say thank you for all the lovely compliments I received yesterday. I spend over half my day driving and don’t always have time to comment but I do see them and it’s greatly appreciated.

Regarding some comments from yesterday:

Lindsey- I don’t know how far into BB3 you are but I agree with you, it’s a fantastic season, one of my favorites. Danielle is my favorite player of all time.  Every year people want to complain and say so and so was robbed but that lady really was ROBBED.  I’ve said before,  when BB changes the rules because of you, you’ve done something monumental, good or bad. For any newbies out there watching BB who may not know, she’s the reason we have a jury in sequester. To throw out a little more useless trivia, Nokomis from BB5 is the reason veto players are drawn with chips. They chose whoever they wanted in 3, 4 and 5. Nokomis used the strategy of preventing the target from playing so in a sense, she invented the back door. I really miss the old food and luxury comps too and anyone who listens to me blabber on and on knows that to be true.

NK- You may have discovered a secret twist. Maybe Painter1 has the BBJ power app and that’s why the name is lit up. Steve, you arn’t getting one past NK so don’t even try!

One more thing about some of the comments- I use the hgs real names or a shortened version of them so people who only read the recap will know who I’m talking but I’m loving the creativity this year from everyone. NK gives them hilarious nicknames every year and so does some of the other BBJ family. Even though I’m not using them, I’m a huge fan of BSC, driftwood and some of the others.  (I’ve seen Kaitlyn referred to as Kracklyn and Cheatlyn on other sites. Those are funny too)

Sometimes the convos I recap are jumbled and missing info. This year may be the worst because of the mics. We can’t hear very well at times but the background noise is loud and clear. If you turn it way up and it goes to fish, you feel like it’s going to blow out your hearing. If you’re watching feeds, you’ll know what I’m talking about. I don’t know if they have new mics that suck or if they have the old ones and it’s time to have them replaced but something is really off this year.

Recap from yesterday, some of this was already mentioned:

I had some funny quotes from people but I’ll have to do it later as I’m out of time this morning.  I want to bring up one thing Sam talked about last night because it relates to something I just mentioned yesterday  She said she was unhappy with her intro package and hoped people wouldn’t view her as a fake person. She said what they had her doing for the pkg isn’t even her job and the “welders” filmed with her were just some of the crew members, not welders.

I have an opinion regarding the Bayleigh/JC convo and it may not be popular. People get very upset every time anyone says anything offensive and I get offended too. However, BB isn’t exactly a documentary or a serious show but we do have some serious moments. During those times, I don’t focus on the bad thing someone said. I focus on the fact that we get to see a person become more educated or enlightened as it’s happening and that’s a rare thing. I’m not talking about the assholes who don’t care but the people who simply didn’t know. JC is bossy and a know it all but English isn’t his first language and sometimes he sounds harsher than he intends imo. In this situation, I think he was truly trying to give an example so she’d know how offensive the word was to people. As usual, it will get blown out of proportion and people will miss the fact that Bayleigh and JC both learned something last night.