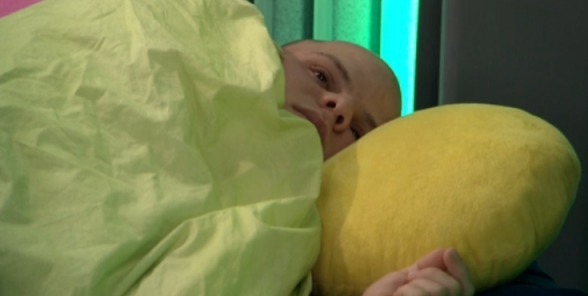 Only one more day until we can finally resume Big Brother and get down to the 7 houseguests it was supposed to be last Thursday. Hopefully it will be Haleigh who remains in the house and we can pretend the week just never happened.

I know many fans of Haleigh, and that’s fine, but as someone who appreciates good gameplay, getting Scottie out the first time was a memorable moment in BB history and bringing him back with some overused gimmick twist is just crap to me. The final 7 should be the group that was in the house last Thursday night for about 15 minutes so I’m hoping that’s who is there again tomorrow night.

While I personally like the thing Haleigh and Tyler have going on and hope it lasts longer, should she be removed after Scottie, that’s just part of the game. Her pretty bad play overall resulted in her being in the position that she’s in so she really has nobody to blame but herself when she’s evicted. I’ve said many times that she’s a smart person, and actually had many of the puzzle pieces in her head, but just never fully connected them to see the big picture. She’s going to be kicking herself in the butt when she’s out of the house and realizes that L6 was just under her nose the entire time.

I’m not really sure what to expect inside the house today. They were on lockdown yesterday and that will go through until Sat night. Every day inside makes them grow more and more agitated with each other. Last night, Sam kept Scottie and Brett up for awhile telling stories in the HN room with Angela trying to sleep right outside. She kept throwing stuff at the door but Sam either ignored it or didn’t hear it. Most of the house spent the better part of the day bashing Sam behind her back, so I’m not sure how much longer we have before someone snaps.

I’m going to head to bed. There may be more going on tomorrow so we’ll cover it tomorrow!