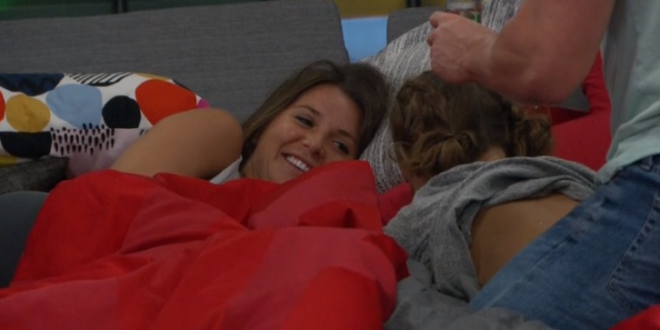 It’s the night before the eviction and I’m feeling read sad for Swaggy. Based on how cocky he was the first week, people may think that he just got a favorable edit tonight on the CBS show, but that’s how he’s really been. This experience has humbled him quite a bit and being that he is one of the few real fans of the show inside that house, it’s going to be sad to see him go. Considering Steve is home and not in sequester, odds are great that we won’t see Swaggy again until finale night after tomorrow.

I am still torn on the move on Kaitlyn’s part. As of right now, she should probably stick with it because she pulled the trigger, but the better move may have been to take the shot at Winston’s side by nominating an Angela or Brett. That said, I can really see her making it far in this game because she is putting such a big target on herself that both sides are going to save her for later – then forget about it and watch her cruise to the finals. Tyler is likely going to take the heat for this move and be who they retaliate against, so Kaitlyn may skate by quite awhile now.

It’s late. Off to bed