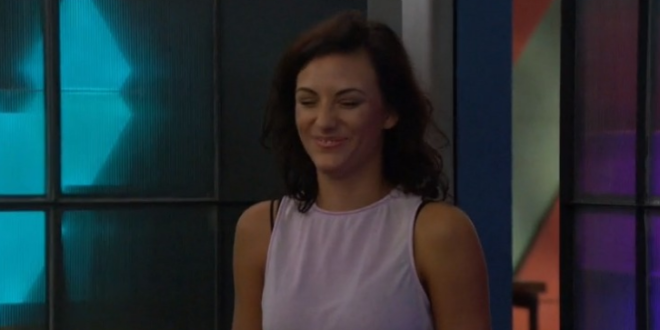 It’s eviction day! I’m curious to see Kaitlyn adjust to leaving the penthouse, have to stop bossing people around and go without 3 massages per day. This girl has no shame and I’m not talking about the boyfriend stuff either. She hasn’t had a problem all week telling someone to go downstairs, deliver someone to her and bring her some water while they’re at it. We were able to milk a little more out of her HOH and so was she because this week could technically be a tie vote. (I don’t see it happening tho)

Swaggy was still working last night and here’s what mostly went down:

A few tidbits unrelated to the update:

I think we’ll be saying goodbye to Swaggy tonight. I like how hard he’s fought to stay since he was put otb and I like the things Bayleigh is doing as well. However, they needed to be doing those things much earlier and if they had, this whole situation could have been avoided. Hayleigh went with the flow because Kaitlyns game probably terrifies her and she honestly had no idea how shaky Kaitlyns decision was. If she had known and she & Rockstar had really went to work on Kaitlyn, I’m not sure Swaggy would have even ended up the replacement nom. Bayleighs DR last night was a perfect example of where they all (except maybe Hayleigh) went wrong. Even if the lines were fed to her, they’re true. She said if Swaggy left, she didn’t have anyone or anything left in the game. Well, how did that happen? They should have been more social with everyone else. Kaycee made a joke about Swaggy needing to introduce himself to her before he campaigned to her yesterday and it was kind of true. I’ve enjoyed how cocky he was and after someone in a cast won a running comp last season, I’d take someone over playing any day even if it was a bad strategy.

I’ll catch up with you guys tonight and have a great Thursday!