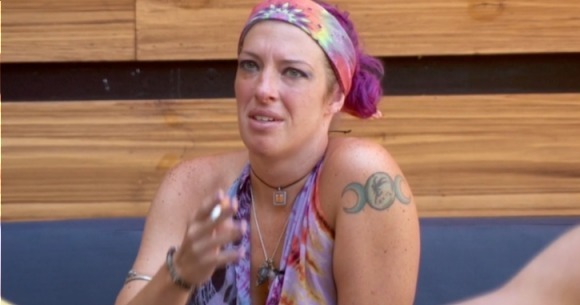 Good morning! It’s almost the beginning of the week in Big Brother days. Once we get through what shouldn’t be a blindside anymore, we’ll have some anger, confusion and a new HOH. Vegas released that it’s the slip & slide comp and I can see most of the house doing well.  A long reach and good balance usually gives a bit of an advantage but you never really know. Past winners of this comp are Jason-19, Corey-18, Becky-17, Caleb-16, Jeremy & Aaryn-15 (team challenge that year), Shane-14, Jeff-13, Kevin-11 and Zach-8. There’s also pure determination to factor in as well because based on what ‘we think’ we know, Caleb shouldn’t have won it in 16 but he did. I thought I’d give you a list anyway in case you want to develop some theories and predict who has the best chance tonight. (I’m looking at you Helen) Bear with me this morning, I have a lot I want to cram in the recap because after tonight, it won’t be relevant and we’ll be moving on to a new week.

Here’s a few things from the daytime feeds yesterday:

Some thoughts on Wednesday nights episode:

RS made a serious blunder and unfortunately for her, she’ll be remembered for it. I don’t think it’s as bad as being one that ‘will go down in history’ though. She runs to the top of otev and sees she has a different color answer than a guy who does amazing in veto challenges. She wasn’t giving him the answer, she was double-checking her own because seeing that made her doubt herself. Once she saw their pill bottles didn’t match, she should have slid down and asked Hay the correct answer because there was a chance that Tyler was wrong. (We also shouldn’t forget that even tho you couldn’t see it on screen, Hay just gave up and quit before it was over once Ty and RS got to the top)  RS made a huge mistake but I think Bayleigh telling someone on the other side of the house about a power app that can be used anonymously is a bigger blunder than what RS did. RS’s happened during a rushed, adrenaline filled moment. Bay intentionally told Rachel about her app as a strategic game move.

Eventually, RS will realize she wasn’t making any moves and had virtually no impact on the game. She never voted out the person who went home, not even once. She was never in power and Hay putting KC otb instead of Sam was the only time she ever had any influence over anything. I liked her in the beginning because she was quirky and said funny stuff but it’s her time to go and I won’t be sad over it. I’d rather it be Sam only because RS does at least want to be there to play but the game doesn’t lose anything with a RS exit. On the positive side, RS beat Angela, KC, Fessy, Hay and almost Tyler in a physical comp that also required game memory. I hope she remembers that part and can take that feeling with her. (Maybe one day but for now, I think everything will simply remain….all Angela’s fault) 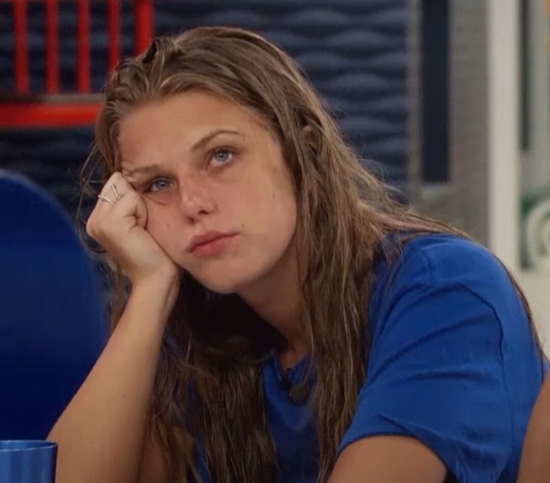 Haleigh is going to be miserable over her hoh reign and I don’t blame her. I’ve really been hard on her this week and it isn’t because I don’t like her. I’ve enjoyed her feistiness and even though she IS in a showmance, she still has the game as her first priority. Like Sam, I think she could benefit from RS leaving. Yes, she’s losing a number she can’t afford to lose and she has a target on her back from being the hacker and her HOH noms. However, level 6 simply doesn’t see her as a threat and wants Scottie and Fessy out before Haleigh which could buy her some time. I’m hoping some of the negativity and assumption that no one but her side is playing the game may leave with RS. Haleigh seems like a fun person so I want to see if she stops calling people bitches and the “C” word once RS leaves. I sort of feel about her the way I did Bayleigh. They both showed a lot of promise and fight but turned into extremely bad game players. I’m not saying Haleigh couldn’t still win the game because she could. She’ll just have to start making smarter decisions from here to keep many people from feeling like she lucked into it if she were to win. She’s put way too much weight in the power of flirting and doesn’t realize that will only get her so far. What’s it going to get her anyway? It certainly isn’t getting her a cohesive group to work with because she’s part of the reason some of the guys don’t like or trust each other. Her read on the house is terrible. Her use of the hacker power was poorly played and telling the house she was the hacker was even a worse move. Her inability to accept that Tyler wasn’t going to be with her this week just because she wanted it that way was ridiculous. You can’t try to get someone out and a short time later expect them to believe anything you say. Her bathtub pitch to Tyler was one of the worst things I’ve ever seen on BB.

Swaggy’s on Twitter talking about the amazing Foutte team he created. I sure as he’ll wouldn’t be bragging about it.

Elena gave an interview to some news place in Dallas talking about how she’s an “internet influencer” whatever the hell that means. She told a story about being on a plane with the actress, Katherine Heigl and people wanting Elenas autograph but not Heigls. It was stupid and funny. I’ll try to find the source again and post it for any Marlena fans or people like me who sort of enjoy making fun of her.

Check with Steve for today’s activities leading into the eviction and I’ll catch up with you tonight. Have a great Thursday!