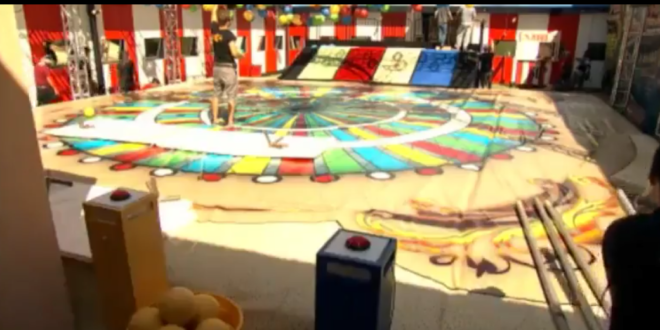 Big Brother 20 – What To Expect Tonight

It’s eviction/Battle Back day in the Big Brother house which means the HoH competition is not going to be completed during the live episode tonight (which, btw, may be screwy due to NFl. Check your local programming).

Us bloggers have been notified that the HoH competition will happen after the show, but it will air on the live feeds. My guess is the Battle Back will take part independently of the HoH competition and the returning houseguest will play in the normal HoH comp. This is based on the image that has leaked of the comp which has 4 ramps and 4 colors on the wheel thing. I say this because some years they just have an endurance challenge where the last evicted houseguest standing gets to return to the house.

Now, the part I am unsure of is how production will screw this up.  They promised us an endurance comp that took around 15 minutes a few weeks back. The next week they failed to show the HoH comp on the feeds. Needless to say, my hopes aren’t too high this will be smooth. However, they are giving you a free month if you sign up for the live feeds through this link! (use the promo code bingenow if that doesn’t work).

I doubt anything will happen this afternoon on the feeds, but I will update this thread if anything breaks. Until then, see you in a few hours!