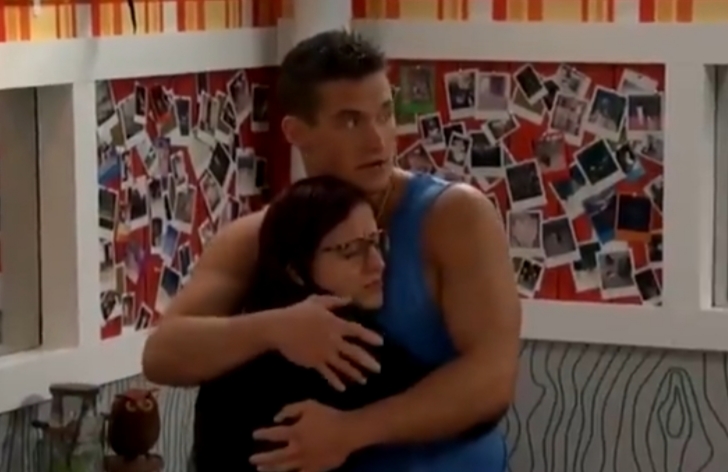 Holly’s second HOH reign ended with Nick evicted on a 5-0 vote against former ally Christie. For the second week in a row, Christie escaped eviction. Nick will be the third member of the Gr8ful alliance to reside in the jury house joining fellow evictees Jack, Kat, and Sis. In the endurance HOH comp, Michie won HOH for the second time.

I read Steve’s article and am going to echo his thoughts. Why is Michie targeting Jessica? One website reported that he feels Jess is the biggest mental competitor in the house and he expects the next HOH comp to be a mental one. Jess has stated she wanted to go after the men. There are only three males left in the house and each poses a unique threat: Michie is a physical comp beast, Tommy is a social threat, and Cliff is a mental player. Out of the three, BB fans can argue all day and night what is the most important trait, but nobody can deny the fact Michie has won four competitions in the past three weeks (2 HOH, 2 POV). Regarding former ally Christie, I think it was a mistake keeping her in the house.

Although Christie won an HOH competition, which feels like a different season ago, she has not had the same flair in competitions since then. However, it takes just takes one HOH win in the late game stage to grab momentum. And she is a better competitor at her worst than Nick was throughout the game.

With the upcoming double eviction (Thursday Sept 5th), I see the next HOH comp going one of two ways. 1) It is a physical comp such as a puzzle similar to BB14 when Ian won HOH on double eviction night. That kind of comp is short, fast, and easy to explain. Or 2) production has already decided houseguests will battle in a mental comp. Assuming Jessica goes home, Michie’s decision would potentially come out strong. Jessica would join a jury house comprised of a hodgepodge of former alliance members, one couple, and one outsider.

The jury house this season is one of the most mixed-up in recent memory. I think Jack and Kat are the only ones who have played hard so far. That’s 2 of the 4 jury members. Nick and Sis were floaters in my opinion, but you’d never hear Sis say she was floater. Distracted by Aquaman, she didn’t pull off any memorable moves, she followed her alliance members, and she wilted when her BB life was threatened. Not wilted in the sense she had a Sam (BB 20) meltdown, but rather a disinterest in campaigning for her safety and chance at half a million dollars.

This season is being dominated by one man. His name is Michie. Unless Cliff, Tommy, or Christie rallies the house or they vote together to evict Michie, Michie will continue driving his way to finale night on Sept 25th.