Big Brother 21 – Could There Be A Flip? Wednesday Night Feeds 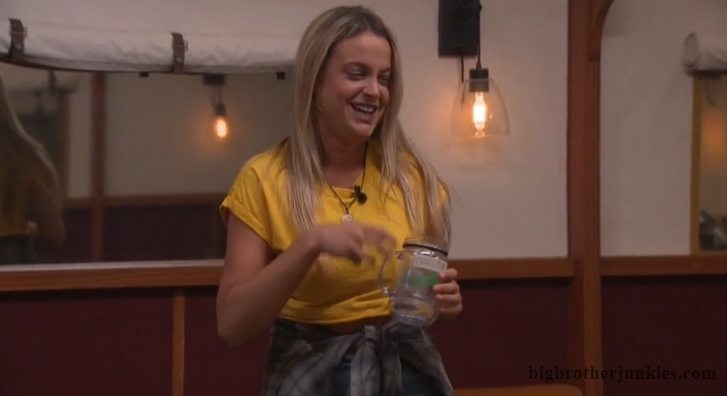 This season has been crazy. The first month was absolutely terrible. Just a bunch of showmances and a feeling of BB19 all over again. House votes, bullying, one large group slowly taking out the weak players. So many unlikeable people. I guess the only thing that has stayed the same are that there are still so many unlikeable people. lol I’m at the point where I still don’t know who is leaving tomorrow just like I didn’t at this time both during Sam’s week and last week. I mean I had a good idea with both but usually by now, it’s pretty much in the bag.

However, I have also never seen actually openly piss themselves during an HoH competition either, so this seems to be a pretty unique season overall.

What started off as a complete lock of Christie going home, we’re now at the point where she may actually stay. Really. You didn’t read that wrong. As of 6 pm, Christie is on the verge of a vote flip and sounds like she even has the support of Jackson and Holly. In fact, as I type this, Holly is up in the HoH room campaigning to Cliff on keeping Christie. If I went into a 24h coma at this point last night, no way would I ever think I’d see Holly and Jackson trying to talk Cliff into keeping Christie. We’re in bananaland here.

There will be plenty of time to complement Christie if she stays, so I’ll save some of that for later. If she does stay, however, this may be one of the biggest comebacks I’ve seen in a long time. People have come back and flipped the vote before, but I don’t remember a time when someone flipped the hoh/pov who started the week with them as their sole target. That is absolutely impressive and I kind of want to see it happen just because I like seeing crazy things.

I’m going to go right into updates and not babble

Thank you all for the donations this season

6:00 pm – Holly is working Cliff into voting to keep Christie 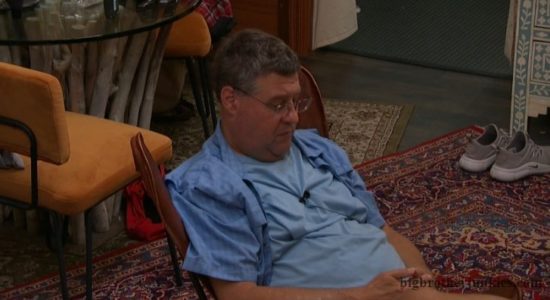 At this moment, Tommy is one of the key people in voting out Christie. However, I don’t think he realizes how much the house has flipped and there is no chance he’s going to take a stand against Christie once he finds out. I think he wanted her out but he wanted someone else to take her out.

Cliff says he’ll vote out Sis tomorrow so that’s all they need. Jess is going to be in and they won’t need anyone else. However, Holly did say this was tentative based on Jess and Nicole but I’m not sure what they’ll do if Jess says yes but Nicole says no.

6:20 pm – Sis is trying to be along because she doesn’t want to see people talk and get paranoid. The best strategy is always to sit alone while the other person campaigns their ass off.

Nicole starts venting that she is seen as a duo with Nick.  This is because she grew up and was always compared to her siblings. This was her chance to become Nicole of her own and now she’s being seen as Nick’s puppet so it’s really messing with her. Damn, Christie really knows what strings to pull.

Jackson comes in and starts randomly talking about the order Nick wants people out which really didn’t have a ton to do with the point Nicole was making about being tied to Nick. Nicole tries to get back on track by stressing she’s not in any alliance or anything with Nick.

They ask Nicole what she wants to do and tell her she can make her decision tomorrow for plausible deniability. Meaning they don’t want her to say she’s committing to voting out Sis just so she can deny it tonight if she’s hounded.

6:55 pm – Christie has made up with Nick to a certain level. They are having a calm talk now 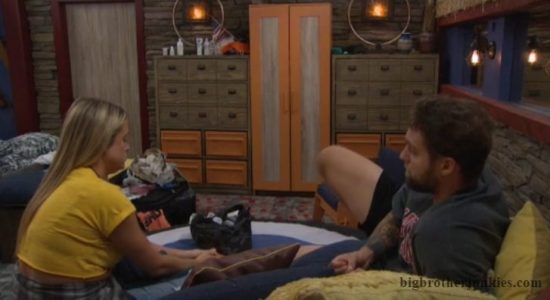 Back upstairs, Nicole said she’s ready to hear it. Jackson says he has made up his mind. If it’s a tie tomorrow, Jackson will evict Sis

7:00 pm – Tommy heads upstairs and the conversation breaks up. Sounds like people need to settle in and think on this. We may get confirmation later tonight or tomorrow.

9:20 pm – Tommy is chatting with Sis and Christie. I’m waiting to hear if she tells him

Here is the look of Sis slowly starting to realize that Christie is basically telling her that her campaign was a success.  Watch it slowly creep into that brain 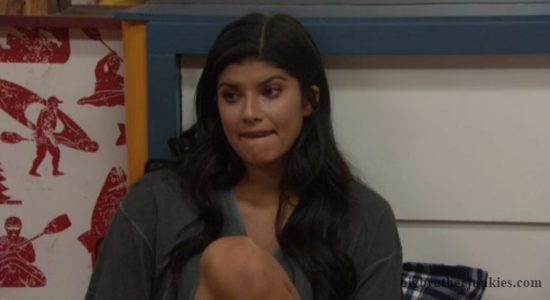 Feeds working, Christie is telling Tommy now that Analyse has left the room. Tommy starts crying and apologizes for siding with Nick. She said it’s okay

Sis heads downstairs and begins crying. She is comforted by Christie of all people.

She makes her way into the boat room and Holly joins to work a jury vote out of her. These people are savages

Christie comes in and starts blaming Nick for making them targets