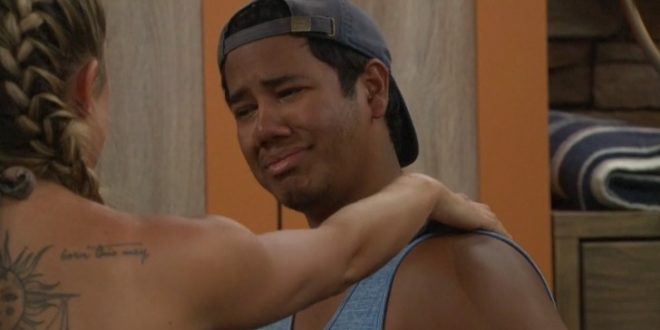 We’re now a week into the season and it’s been completely wild so far! By wild, I guess I mean fairly boring and predictable, but that’s typically how the beginning of the show is. I know everyone wants drama and fights and action from day 1, but that really doesn’t happen too much during the first week. The house is still under the mindset that they’re being watched 24/7 and the dreams of $500k are floating in their heads. Rather than say what they want, they bite their tongue and try to behave.

While boring, it’s human nature. If drama came at the beginning of every relationship, there wouldn’t be relationships! Well, there probably still would, but not as many. Once the honeymoon phase ends, however, is when we can expect the good stuff.

So, with that, be sure to sign up to the live feeds. They are not all about drama. Sometimes there are funny moments, insights into their lives, and plenty of plotting and shit talking.

Now that my infomercial is over, I’ll just briefly summarize what happened this week because there isn’t much to really talk about. Christie won HoH, Sam won PoV. He used his veto on Cliff because they share a dad bond which forced Christie to pick her final target. Kemi was her target for the early part of the week, but after some soul searching, she chose Ovi. He became nominated and has gone out with a whimper. Virtually no campaigning to stay and that should be how the story of the pre-season favorite goes.  Oh, and Ovi was given a power that he couldn’t use which is something I tried to forget. His power would have been like getting an immunity idol but only after his torch was put out. Okay, maybe not that extreme, but it’s close. He’s nominated, got a power to save himself, but he couldn’t use it. Stupid.

I am starting this thread a tad early, but the show is on in 30 minutes so let’s see what other dumb twists they can stir up this season.

For fun, let’s make predictions of David’s twist but do it in such a Big Brother way where it’s completely stupid.  My prediction: He’s brought back as Camp Director and he gets to choose 4 different punishments for people in exchange for safety for a week. This way not only is he a target for coming back, but he’ll have made 4 enemies in the process.  As I write that sarcastically, I half wonder if that may actually be the twist because it wouldn’t shock me.