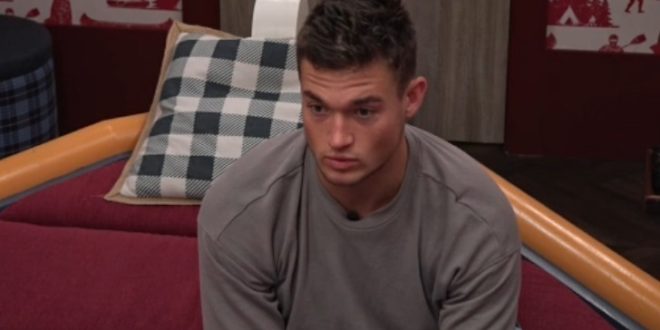 Good afternoon, everyone. I hope you’re having a great Friday!

It’s nomination and camp competition day in the Big Brother house and Julie Chen said the power will be a classic BB power (Diamond POV?).

The feeds are currently down as I write this, so I’ll catch you up on the morning. Jack is growing tired of Sis, and Cliff offered himself as a pawn to Nick who is likely going to put him and Jess up together. Nick doesn’t want to put up Nicole so barring a veto win by either of those two, she should survive the week and begin to pretend she’ll do damage to the house alliances next week.

I say that because Nicole finally figured out the 8 person alliance only after Jackson’s rogue vote. He tried to pin it on her and something clicked in her head how there is a large group working together and she’s not part of it. Her plan moving forward is to weaponize Kemi and have her do some of the dirty work by trying to split everyone up. I don’t think that will actually have any impact, but I do think the gr8ful alliance is going to split sooner than later regardless of Kemi or Nicole. This is the time of the season when the house starts forming the long-term bonds that will carry them through the remainder of the season.  Jack and Jackson are remaining close with Holly and Sis sort of tagging along. Nick and Bella are starting to drift and Jack can feel it. Tommy and Christie continue to be secret close partners who are kind of floating between groups and putting themselves in a really good position to make it far in the game.

For better or worse, those 8 will make up the majority of the final 8 because the rest just suck. I’m fairly certain that Jess went for $5k last night which is what her comment was about to Julie after the competition. That is following her picking Jackson to represent her at the veto competition which shows she has checked out. That leaves Sam, Kat, Nicole, and Cliff who are all awful competitors and may only win trivia or pure luck competitions. Yes, someone will come back from Camp Comeback, but they’ll likely leave the first opportunity the house has to evict them so I don’t really count them as threats.

I’m sure some of those 8 will be sniped out by maybe a lucky Nicole win or a Sam win or maybe even a Nick/Bella backdoor but I’ll be shocked if fewer than six of gr8ful make up the final 8.

Alright, enough rambling. Sign up to the feeds for free here