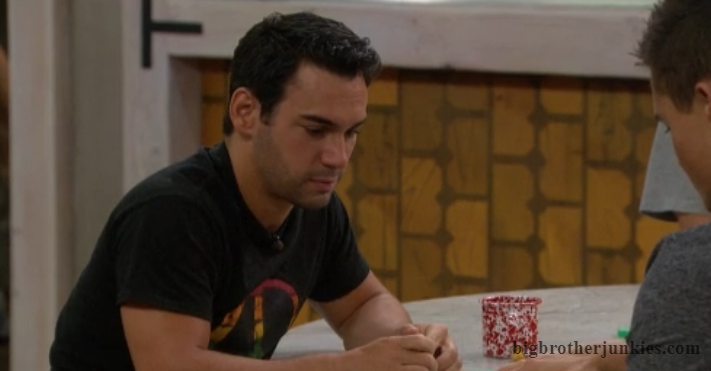 Last night was a weird one. They didn’t hold the HoH competition at all which is rare. We went a solid 12+ hours without a new official HoH which is probably best for some viewers based on who ended up winning.

I’m going to keep writing but I know people are wondering about the HoH so I am publishing this now and then updating, so check back….

Alright, now that I don’t have to rush, let me begin properly….

I hope everyone impacted by Dorian is doing ok. There are not many words to describe what anyone must be feeling if they have relatives in the Bahamas so I won’t even try. I’ll just say we’re all thinking of you.

If you came to the site this morning and couldn’t get on, I’m sorry about that. We had about two hours of unexpected downtime which worked out good because it allowed me to wake up in time to join the queue for Tool tickets. Unfortunately, 2,000 people were ahead of me in line and tickets were sold out by the time my turn came up. I’m bumming about that big time. The one band I really want to see and I’m going to have to pay outrageous prices from stubhub.

Enough about me, on to the game. There was a pretty large group of people complaining about Nicole’s brief HoH decision, but what was she to do? It was a pick your poison scenario for her. She had to pick a side and both options were bad. She decided to pick the side she had an alliance with which is just better jury management. While I can definitely agree with the people who say she should have gone with the side that is easier to beat, Cliff’s entire game has been about honor and integrity so he was fully on board with sticking with Jackson for better or worse. Nicole was the HoH, but Cliff’s opinion weighed heavily in her decision.

If I were in Cliff’s shoes, I would have betrayed Christie weeks ago when he promised he wouldn’t nominate her if she didn’t use the power. I have said time and time again that Cliff made a mistake by doing that and it just delayed his exit. However, Cliff is still in the game proving me and anyone else who doubted him wrong so I’m just going to have to trust his judgment here. He and Nicole are playing with integrity and there is no reason to shift gears now. That integrity could make the difference between $50k and $500k for either one of them if they’re sitting in the f2 with anyone but each other.

The reality is, and it all can be summed up in this paragraph, Nicole or Cliff are not beating any of the other 4 in athletic comps moving forward. If they are to make the final 3 together, one of them has to win the next HoH and the only comp they have a chance are mental comps. Christie is a much bigger threat than either Jackson or Holly in mental comps and Nicole knows that. She took out her biggest mental comp threat last night and it was the right thing to do. If next week is a physical comp, Nicole and Cliff are likely going to lose regardless who they played against. The entire season will come down to the type of competition the next HoH is. If it’s physical, they lose and one is sent to the jury while the other is sent to the final 3 to lose in those comps as well. If it’s mental, Nicole or Cliff will likely win and determine who sits with them in the final 3.

Alright, updates will likely be slow today because it’s a slow house, but I’ll update if anything happens.