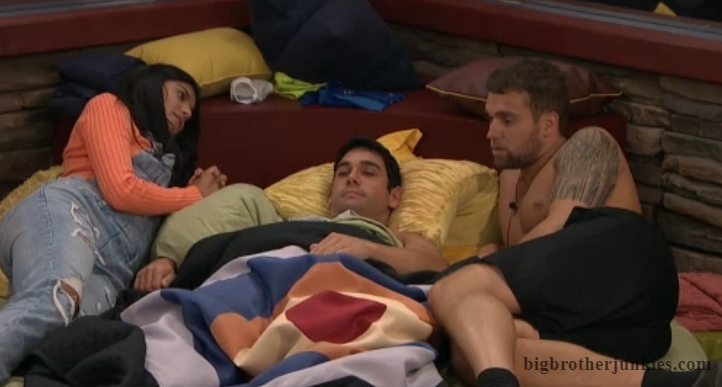 It’s Friday night in the Big Brother house and the season just got real for the house. Jessica is the HoH and she is not playing around this week. I’m honestly surprised, but obviously happy that she’s in this game because I thought she was going to just float to the final 3 like another Victoria. When I heard she won the HoH, my cynical side immediately felt that she’d screw this up by like targeting Cliff or something, but she came through.

This is surprising for a number of reasons. As mentioned, the shock of her making a move was big, but also because people automatically assumed this was Christie’s HoH once they heard Jess won. This is a pretty well thought out move because she has to walk the line of making sure Jack goes home while not alarming Christie enough to use her power to save him. So, she plays dumb, throws up the two big dudes, and let’s Christie think that Jackson is toast.

Now, I’m not completely sure Jess has the numbers to actually evict Jack, but she only needs 4 because she’s the tiebreaker. Nicole was the one who suggested Jessica not do the houses dirty work by going after Jackson, so she’ll probably be down with this. Then she has Holly and Cliff. This means Jess needs to secure either Nick or Kat to get what she wants this week. Kat is a difficult one because she is very close with Holly and has a love/hate thing with Jackson, but she really talks a big game about wanting him out. If the votes were held today, I see Jack getting the 5 votes he needs to stay.

4:15 pm – Tommy is being comforted in bed by Nick and Sis because he’s upset Jack is on the block. What? Would he rather be on the block?

Jack enters the room and jokes about being nominated. Christie tells him he’s good right now because there is no way Kat votes to keep Jackson. 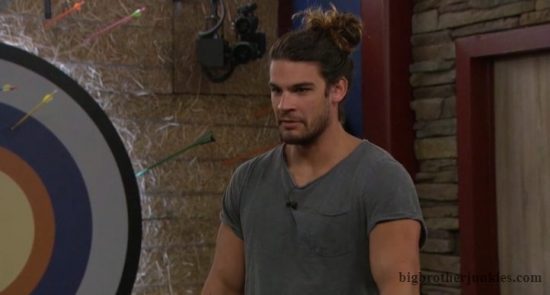 Jack joked about winning the veto and not using it on himself because he’s that confident he’ll stay over Jackson. I wish this would happen.

Christie says Nicole won’t keep Jackson because of the rogue vote and how she exposed him. Nicole is a fan of the game and understands those votes. She’s not going to be butthurt about it. Whatever Nicole decides to do, that vote will have 0 impact.

Nick is still with that group talking about how Jackson should leave. If he’s really trying to get back into that group, he loses any points he built up the last week or two.

5:30 pm – Jack is chatting with Sis in the boat room while Nicole, Jess, Cliff, Kat, and Holly are up in the HoH room. Holly has to work those votes!

6:20 pm – Nick is now upstairs with Cliff’s Angels. Let’s hear how he talks to them now. See if he’s playing both sides of the house 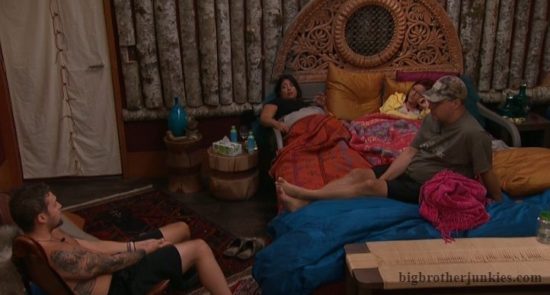 They’re still talking about Holly and Kat knowing each other. Tommy did a good deflecting his own relationship with Christie.

Nick is talking a big game like saying how Jackson is on ‘their’ side at least temporarily.

Nick spills a little about what he’s heard downstairs. Good sign he really is on this side of the house (for now)

8:30 pm – Slow day. Cliff, Kat, Jess, and Christie are up in the HoH room talking while Nick is chatting with Sis and Jack downstairs

9:25 pm – Jess, Holly, and Kat are in the HoH room talking about those two knowing each other once again

Closing this thread and moving to the overnight