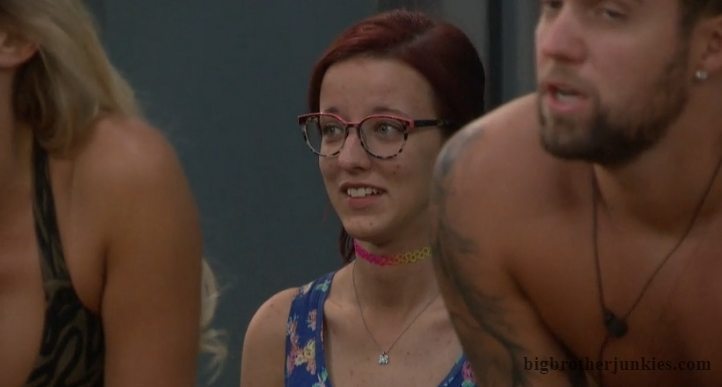 Let’s give you a quick recap of the day, and it will be quick because not a lot has happened since eviction…

Tommy won HoH as we all watched and the field trip competition was today. This meant the feeds were down for a large majority of the day while that played out. Christie, Sis, and Jackson were chosen to play and this is how it turned out:

This threw a major wrench in the plans for the week as Tommy thought it was going to be a pretty easy time to get rid of Kat. Now he’s in the position where he could not only lose another number, but the closest ally in the house – on his HoH!

That’s basically it for what happened.  Feeds just returned, so let’s jump right in…

6:30 pm – As expected, Tommy nominated Cliff and Kat.  Kat is alone in the boat room crying 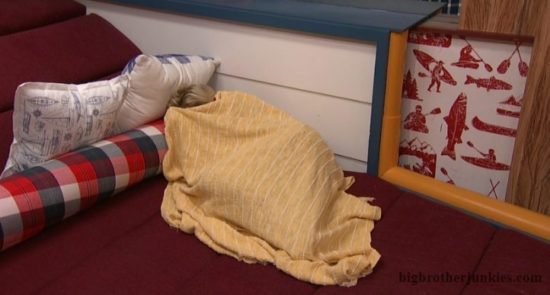 7:00 pm – Christie crying again. She says it’s not fair that she’s on the block.

I don’t know if I want Christie gone quite yet. She’s good for the feeds. I wouldn’t mind Cliff leaving

Now people are off scattered around sulking about the noms

Nick has been really pressuring Nicole to join up with him and thinks he has a way for them to make the final 4. Jackson and Holly are also considering siding with Nicole which suddenly makes the ‘outsiders’ very popular. They went from complete underdogs to lowkey power players these last few weeks and now we have both sides of the house trying to pull them into their alliances. I wonder if Nicole will think of the time she was locked out of the HOH room when she decides her final path (which should be remaining with Jess and Cliff until Kat flips).

I’m going to head to bed now as Mel is busy this weekend so I’ll try to get some form of recap up in the morning. It won’t be as good as hers, but I’ll do my best!