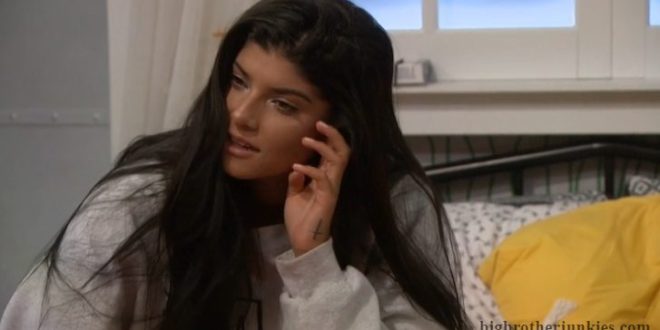 It’s Friday night in the Big Brother house, noms are in, and now the wait for veto begins. There is a very good chance that noms stay the same because there are only 2 people out of the 6 potential extra players who would be willing to use it. That means high-end odds are 66% chance the veto gets used down to as low as 33% depending on who is picked.  I don’t remember how to calculate it from my statistics course but when you factor in that there is only a 33% chance that high-end is met, that bumps the overall odds lower.

I can see the heads spinning now. Basically, if Nick and Tommy are picked to play veto, there is a 2 in 3 chance that the veto will go to someone who will use it. However, the chances of them both being picked are smaller because there is a pool of 6.  I really wish I paid attention better in that class because I know there is an accurate percentage odds of the veto being used this week but I’m not smart enough.

Meanwhile, every time I see Christie and Sis together on feeds, they are begging the camera (us) to vote for them for a twist they hope is happening. I don’t know what’s more awkward about that, the fact that there is no twist coming or they are both so delusional they think there is a chance they could be saved a week after both were voted least liked in the house. Is Jackson really the only person who understands that twist featured the least liked people in the house? Can Sis and Christie just not comprehend people not liking them? Is that what it’s like to grow up popular and stuff?  I ask as the nerdy kid in the back of the room.

To be fair, Analyse is the same person who thinks little girls looked up to her because she was a bench player on a team that lost 17 games in a row her Junior year (seriously, look it up). I’m sure she had a fan or two but the delusion is next-level type of bullshit.

Anyway, tomorrow is veto and we’ll know how the rest of the week is going to look by tomorrow night.