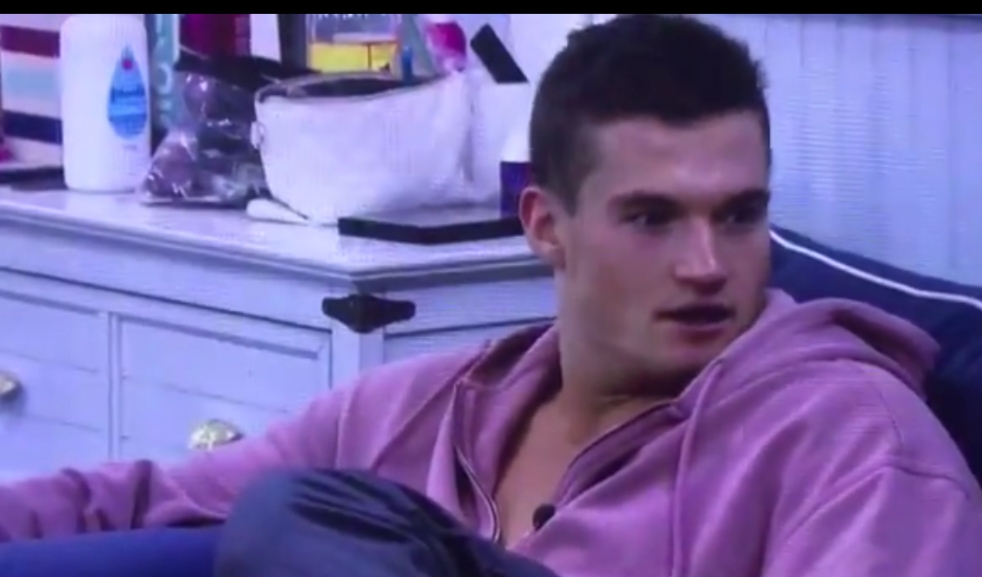 Good morning. Before anything else, I hope all our friends in Florida, Georgia and as of recently, the Carolinas are doing well and able to take  the necessary precautions to stay safe. We’re thinking about you guys and hope you’ll check in when you can just to let us know you’re ok.

I also wanted to say thank you again for any and all donations you’ve sent. I appreciate you all whether it’s a donation, your well wishes, game insight or your humor. Steve’s site and all of you make the BB experience for me, just as much as watching the game itself.

Lastly, before I recap the day, NK……you are a Saint. I’ve said it before but last night is an example of it. As my recap will reveal, NK trying to update last night had to be some form of mental torture. This may have been the whiniest night of the feeds so far. I signed off around midnight because I couldn’t take it anymore and they were far from being finished when I did. (Insert a bow, a salute and hell, even a curtsy here for NK)

The top image was the face Jackson made the other night when Nicole joked about smashing watermelons in the hide the veto comp. ‘I’ll start the recap off with a comment from early in the day from Jackson because he said he thinks this season “has been better than most of the others.” Beth and Cliff agreed, especially because they all love each other so much. This should set the tone and practically the theme (if a recap needed a theme) for the day. 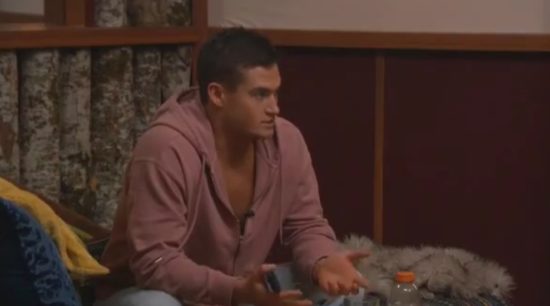 Jackson told Jess he was putting her otb. He said she and Christie would beat him in mental comps, they’re threats, etc. She said she didn’t understand (shocker) why he would put someone up who was a vote for him and that he wasn’t on her radar. She said if she’d had to break a tie on her hoh, she would’ve kept Jackson. (She didn’t focus on the fact that she’d put him up to begin with)  Jess told him people had made deals to get him out before and there was only one person still there he couldn’t beat. (Jackson may not value Jess as a player but she does spend time with Christie so he could’ve possibly gotten some info from her if he’d  tried. Maybe not, because its Jess but he didn’t even try) It was obvious he was so focused on remembering what bullet points he wanted to hit with her so he didn’t even listen to what she was saying. He didn’t ask her what or who she meant and she didn’t volunteer it. She said she wouldn’t have put him up if she won the hoh. (I think Tommy and Jackson would’ve been her noms but it’s Jess so I’m only guessing) She said she still loved him but didn’t get why he’d choose her to go otb.

Jess talking: I mean, it’s like when you like need to go like and because in this game, we like don’t get the full like situation. If we ever, like wanted to like say that we are playing for like in this thing, it’s like not good for my game. Do you know what I’m saying?  (What I just typed ALSO takes 45 minutes for her to say it!! I’ve finally snapped and I can’t take it anymore!!!)

Sorry, I just had to get that out. (Insert here an image of me smoothing my hair back down, taking a deep breath, picking up my tossed papers off the floor and beginning to type again)

We could analyze Beth all day but this recap is already too long, especially for such a boring day. For now, I’ll just say Beth has it all wrong. Jackson has been a douche but that’s on him, not her. She’s been a bit of a mean girl but not as much as some of the others. The biggest issue I think a lot of people have with Beth is her need to “create” a story she can tell while we watch a different one. What she does with Jackson doesn’t bother me, other than my dislike of shomances in general. If she’s a bit older, more power to her. I never care for anyone who “wants to have their cake and eat it too.”  She’s in total control of what she’s doing so fine, do it and move on. If not, shut up about it and change it. The fastest way to turn the average feed watcher against a player is for them to try to lie to us. It insults our intelligence and tells us they don’t give a damn about the game, they’re there for something else. For me, this isn’t why Beth became “Beth” but it’s why she remains Beth. The weird thing is, her game would be one of my favorites from the remaining people if she’d let go of her “narrative” and just play the game. 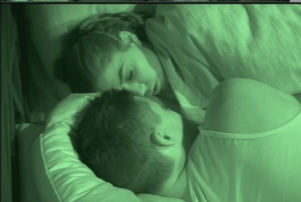 We’re probably due for one of those all day long vetos but you never know. Check with Steve later for the results. Have a great Saturday.