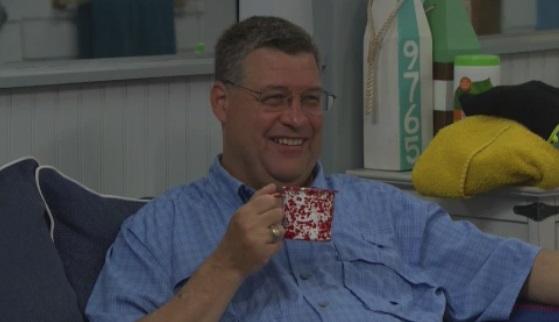 I hope that you had a great 4th of July and continue to have a great weekend!

As expected, it was an extremely slow day inside the house yesterday as the guests just sat around tanning, chatting, and eventually had a 4th of July party that wasn’t on the feeds. Nominations did not happen, so they are certain to happen this afternoon with the veto likely being played tomorrow and schedule being returned to normal:

Jack confirmed that he’s going to nominate Kemi and Jessica together with Kat as any replacement option. There isn’t much to say about that which hasn’t already been said but I’ll just say to prevent Twitter from blowing up, let’s hope the 4 people evicted first aren’t David, Ovi, Kemi, and Jessica.  I absolutely hate talking about skin color and try to do it as little as possible in my posts, but I’ve been forced to more this season than any season since 15 I believe so I’m already frustrated by that.

I’ll tell you the person who is living this is Cliff. Many predicted him being the first out as the token old dude but here he is about to survive his third eviction. He still doesn’t have a chance at winning the game but congrats to him for making it this far in the game.

In another news, Jackson was having a pity party for himself yesterday because the DR pulled him in and basically reminded him that he’s being watched by cameras.  He whispered to Kat that it was about the ‘race thing’ which I assume it could be about him potentially being heard in the kitchen using the N-word. I’m on a laptop and really can’t make it out clearly but perhaps you guys can hear it better?

RACIST BIG BROTHER HOUSEGUESTS JACKSON MICHIE AND JACK MATTHEWS SAY THE N WORD. (11:23am PST, cam 2)
jackson: “he’s a [n word]. i won’t let him get under my skin.”
jack: “i won’t fuck with [n word]s bro.”
these houseguests need to be REMOVED FROM THE HOUSE IMMEDIATELY. #bb21 pic.twitter.com/iEfNQxsSG5

Jesus. Will there still be a show by the time I get back tomorrow?

So that’s your latest shit show update from the house.

Have a good day!