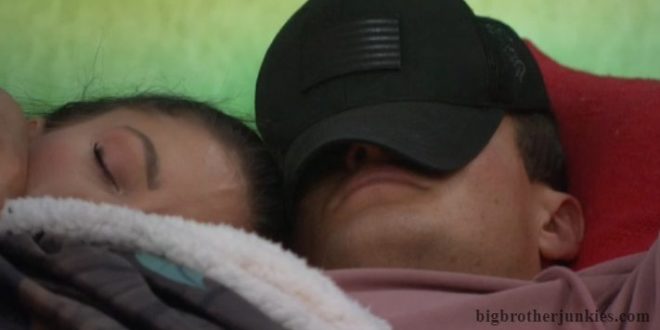 Note – I’m sick so I started writing this and then fell asleep for 3 hours. Oops. Going to be fun trying to sleep tonight.

Round 1 of the final HoH competition is in the books and Jackson pulled it off which was probably not the best strategy. From the sounds of it, Nicole finished last by a long margin so Jackson should have thrown it to Holly so he could participate in round 2. Of course, that is a massive gamble because we don’t know what round 2 will be, but Nicole has much better odds against Holly than she does Jackson so it may have been worth it.

Now, I know I’m going to have to tread lightly with this post because Jackson is not at all liked by the fans so anything I say will be met with resistance. It’s understandable and I’m not going to try to make people like him. However, on a pure game standpoint, he’s had a hell of a season and at least brought something to this cast of extremely dull players. Let’s go through the list of things…

Some of those are just things I haven’t seen before, like hooking up with two different people yet someone surviving all the way to the end with one of them. That speaks volumes on how bad the rest of the house was rather than anything he really did. I know Christie and Tommy had a huge advantage by knowing each other, but I think the bond people share when they bump uglies is almost as tight and he did it out in the open with two different people and nobody did anything.

That said, when the house finally did try to take a shot at his showmance, he had one of the dirtiest weeks I’ve seen on reality TV in a long time. This dude flat out lied about Tommy and the house went along with it to the point where they kept Holly. That was completely hardcore ruthless to the point where I still can’t figure out if I like it or it terrifies me how easily he lied like that.

Regardless how I feel about it, it was possibly the biggest house flip in history because it convinced people to keep his girlfriend going into the final 4 when the people doing it knew they had better odds with Tommy. That’s craziness. Christie saving herself was huge but the people voting weren’t doing so knowing deep down it was a terrible decision that could likely cost them $500,000.

This isn’t really a Jackson appreciation thread as it is more just a Jackson observance thread. He made big moves and was a huge impact on this season and I want to see how that will impact him in a few nights.

So, based on all that and what I heard from the jury last night, I’m going to put him against the two remaining people and count some votes:

Jackson vs Nicole – Nicole wins 5-4 – maybe. Analyse seems to have been warming to Nicole’s game after she won a few comps but still may just side with Jack who will likely be voting for Jackson regardless of the opponent. The other 4 votes for Nicole are virtual locks so this one should fall all on Analyse.

Jackson vs Holly – This one is fairly similar where Holly wins 5-4, but she takes a different route than Nicole does. I doubt she’ll have Analyse’s vote after they had a falling out and Sis has focused heavily on comp wins and gameplay. However, the big difference will be who isn’t sitting next to him in the final 3 because I think Nicole would end up voting for Holly – maybe. Nicole respects the game so she may just go with the guy who played really hardcore over the girl who rode under the guy who played hardcore. This one will really depend on Nicole’s decision because the other votes seem like locks to me.

Alright, sorry for the late update. Like I said, I zonked out. What do you think of my final 2 votes?