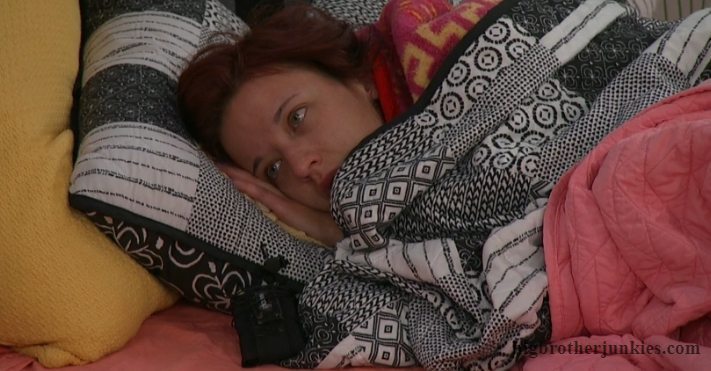 Another Thursday and more craziness in the Big Brother house. This season has been weird. Every week is extremely boring until Wednesday and Thursday when all hell breaks loose. Maybe it is that way because they don’t really game until Wednesday? It’s like they get a whole weeks worth of drama in a day or two.

The problem is, Thursday is a rehearsal day in the house and feeds go down often so we’ve missed some of the best parts of the season because of that. That said, the feeds have been down for hours today which is unusual even for a Thursday and it may have something to do with talking about production which Jackson did.

Jackson was eavesdropping on Tommy’s pitch to Nicole and Cliff. He heard everything including stuff about throwing the next HoH. He was even aware enough to run away from the door every so often because Cliff kept checking if anyone was listening and he never caught Jackson. Kudos to Jackson for still playing the game hard and not giving up.

What Jackson did with that information is lied to Nicole and Cliff by saying Tommy was offering him the same deal. Obviously he didn’t say ‘same deal’, he told them what Tommy offered him and they said it was the same. This created a ton of distrust between Nicole/Cliff and Tommy because now it seems like Tommy is just making any deal he can to stay in the house. However, during that lie, he mentioned production asking him about it which is something he can’t do. You can’t use production as part of your game. That’s why players cannot lie about twists they receive as Christie found out this season (she told the house one thing and production called her into the DR to tell her to let them know the truth).

While that wasn’t a huge lie about production, it did bring some credibility to his argument by saying ‘hey even production asked me’. You just can’t do that. A huge reason is that other players cannot go into the DR and confirm that story. You can lie all you want but production are the only people these houseguests speak to outside of each other and you just can’t use them as part of your game. They’re supposed to be invisible people behind the walls.

Nicole and Cliff have been freaking out about this and Nicole went to call a house meeting when the feeds were cut for the rest of the day. Again, I understand that feeds go down a ton of Thursday, but they cut them more than normal today and that sucks. Hopefully, we’ll get another leak as they did during that huge huge a fight weeks back.

Tonight on the show, the HoH competition is going to be played out live on the feeds. That means I’ll be updating it here! I won’t even tell you to go buy the live feeds because there are less than two weeks to go, but if you want to buy them anyway, here is the link. You can just follow along here otherwise.

Feeds still down. An hour remaining until the live show. Nobody knows what is actually going to happen tonight. Did Jackson successfully flip the vote back to save Holly? We’ll find out soon!

They show the clips of Jackson eavesdropping. They are quick with this editing

I know fans are upset because they hate Jackson, but that is really good gameplay and would absolutely love it if a fan favorite did it.

Julie says she’s going to show some of today’s fight at the end of the show. Cool.

Time for the live vote. Holly does not look thrilled…

Wow… he flipped it

Tommy admits that he would have rather lose to Cliff and Nicole than take Jackson. Going to sting when one of them is not in the f3

Julie asks why he told about Christie and he basically admits it was the vulnerable part of his time. It wasn’t strategic

Before we get to HoH, last chances are coming up to send donations to either Mel or NK! Here is the link. They have carried the load this last week and anything you may want to send to me, split between them please! Thank you!

The HoH competition is the hold on to the rope and spin. The one where Meech puked. I don’t think this is going to be long. Holly has this easily imo

Cliff has zero chance at this comp. All between Nicole and Holly 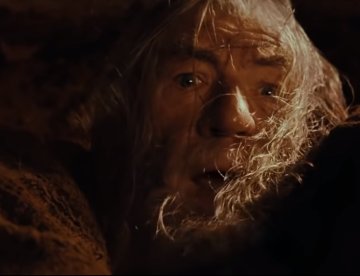 Watching the clip of the flip, Tommy really took it hard. It was tough to watch. I can’t tell if he was playing it up for the cameras but his over-acting all summer hurt here. It looked like he was acting

Cliff is already out

I wonder if Holly promised to throw the HoH to stay. And for some reason, she kept her promise after those two nearly flipped on her.