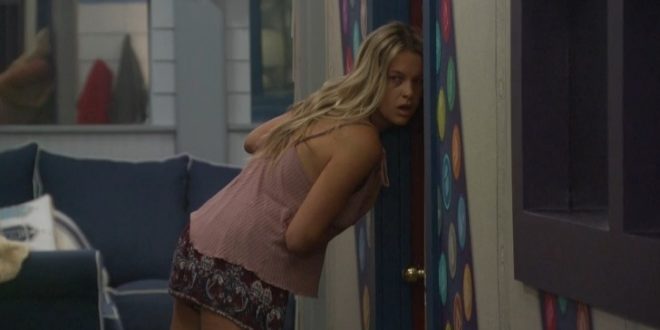 It’s been a weird week in the Big Brother house. This cast is flat out awful at this game and it’s painful to watch. It’s like a re-run of BB15 complete with the racism!  To be fair, the racism has drastically died down and may have been overhyped a tad by fans. For example, the video of the ‘n-word’ is strongly disputed by people who isolated the sound and listened close. I’m not into audio tech, so I can’t comment on it, but people who are have said that the n-word wasn’t actually used. That’s not to say that there haven’t been other questionable things said, but I think that’s a very serious word and not to be taken lightly.

I know that happened like a week ago so it’s weird to bring it up, but unfortunately, racism is the first thing that comes to mind whenever BB15 is discussed and so far that’s the closest season this has copied so far.

Moving on, back to this disaster of a season. The house continues to sit by while half the house dominates. I actually don’t think the alliance will survive another week so there should be some type of fireworks over the next few days, but whether they’re massive or just firecrackers remains to be seen.  I do know that we’ve never had 16 people in the house for this long and also (think) this is the last week of camp comeback. So people in the camp may want to get out their real goodbyes over the next week.  I say I ‘think’ because it’s equally possible they go another week. It would only be fair to the fourth evicted person if the social game is part of that twist. This gives them a week to campaign their way back in before the house does whatever they do to let the person return.

For example, in a typical season, there is really no reason to wait. They do a comp and the person returns. However, if say Cliff is evicted next Thursday and they do have some weird vote to bring the person back, at least give him a few days to campaign.

Anyway, let’s get to the show….