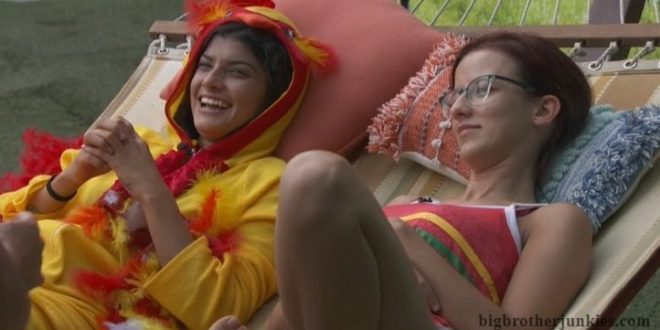 I’m starting the overnight thread early because this house is slow as crap so I may take advantage and watch a movie or whatever.

The momentum in the house is starting to favor Cliff which could be a good sign for him. Really though, he should be the one to stay. Kat is a huge threat and Cliff can be beaten pretty much any time they want. The reality show handbook says Kat is the no-brainer this week. Of course, the handbook doesn’t factor in personal friendships which she has with Jackson, Holly, and Jessica, but those three won’t be enough to save her. It’s going to be too tempting to get her out while they can so I’ll be shocked if she’s still in the house on Friday.

Alright, like I said, short one tonight. BBAD is about to start so the comment section is going to get hopping.