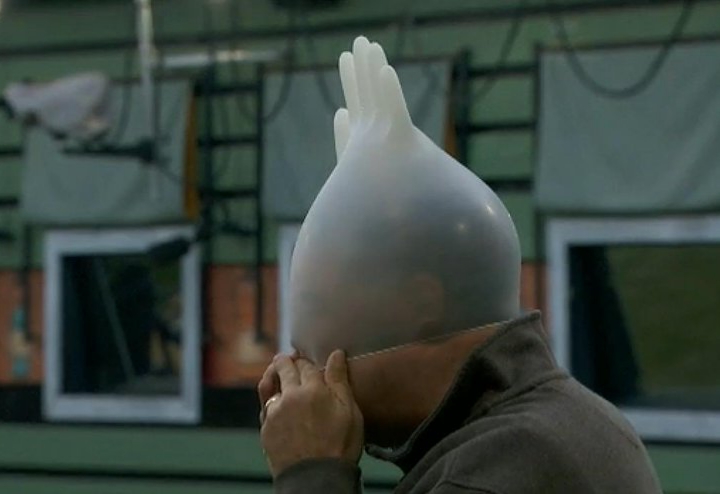 Good morning all!  I can’t believe we’re a 3rd of the way through September already. It’s still in the high 90’s where I am in Missouri, so it feels like it should still be the middle of summer. In BB time, it definitely feels like it should be ending. I’m not knocking the season because truthfully, I’ve enjoyed the 2nd half. Some of the things that happened during the 1st half, mixed with dislikable people and average to below average gameplay has made it feel like a very long season. We’ve had weeks we had no idea who was going home on Thursday and real gaming (although sometimes sloppy) so it definitely hasn’t been all bad. We also have (mostly) people at the end who want to fight to win and that’s always good too.

My top 3 guesses from way back to win the game were Jackson, Tommy and Beth. All 3 are in the F5 (yeah! I’m a genius) but I was wrong about some of my predictions. (Oh no, I’m a dumbass!) For a while, I thought Beth had the best chance to win, especially after Sis left. (Once Tommy didn’t have Sis as an option, he moved on to Beth) I didn’t think she was playing the best game but she was playing a good game and she was positioned better than anyone in the house, except for Tommy. Her social game was one of the best in the house even after her old alliance turned on Jackson. She found a way to play the middle, sort of remain a 6 Shooter and put their target completely on him.  Her game didn’t just go downhill, it went over a cliff. (That’s ironic because only a Cliff can save her this week) 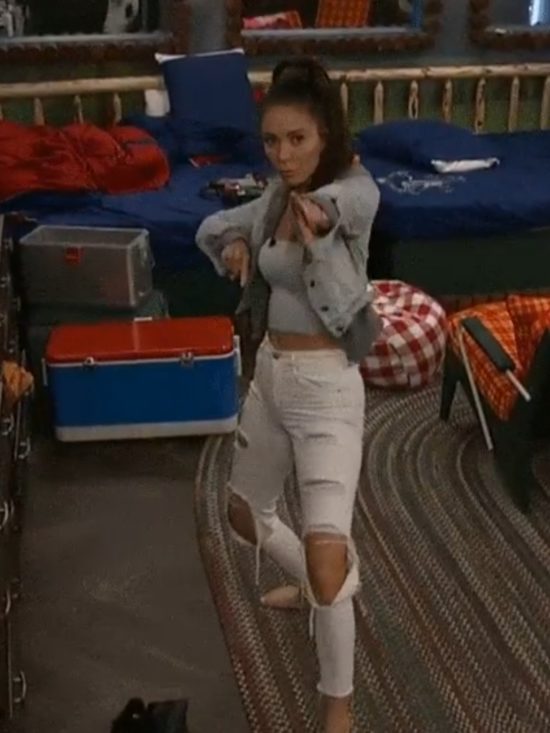 Her game didn’t tank because she might go home on Thursday. Her game is a dumpster fire because of everything leading up to this week. She was never close to Cliff or Nicole but they’ve been working together for weeks and she had plenty of time to get close to them. Instead of fighting with Jackson, she should’ve been drawing Nicole in closer. She couldn’t  predict Nicole would win 2 comps in a week but at the very least, she knew she’d be voting and the same goes for Cliff.  For comparison, think about how much time Christie and Tommy spent working on Nicole leading up to last weeks eviction. No, it didn’t save Christie but Tommy isn’t starting from scratch this week because of the time he put in.

Beth puts in minimal effort with everything.  She told Jackson they needed to keep Nicole close but spent her days in the hoh room, while Nicole became buddies with Christie and Tommy. She plans ‘Hot Takes with Hols’ but it falls flat because she’d need to interact with people other than Jackson to do it. She prepares eggs for an Easter egg hunt to keep everyone distracted but there wasn’t any time for that yesterday. It’s because she was hung over and worried about her fight with Jackson. She thought it was a good idea to give Nicole the hoh room to butter her up but within 24 hours, she’s complaining to Jackson that she couldn’t sleep anywhere else and was tired. (they’ve taken the room back) People get hohitis but this is different. After a month in power, she and Jackson really feel like the room upstairs belongs to them. The biggest difference is, Jackson’s never stopped playing BB but she has. Beth spends her time picking arguments with him, creating drama with him or trying to make up with him. He’s a jerk but the fight the other night was completely her fault. She got drunk, got mad over something stupid, stormed off and got more upset when he didn’t follow after her. When he didn’t chase after her, she came back to argue more and follow him around when he tried to get away from her. She rarely has a point to make in these arguments (because there isn’t one) so she ends up calling him names instead. Except for the drunk part, she repeats the same pattern every few days. Nicole doesn’t fully trust Tommy and I believe Beth could’ve prevented the debate over who should go this week if she’d have put in even minimal effort. In just a few weeks, she’s gone from being a player the others liked and had respect for her game to being seen as riding Jacksons coattails. (Christie, Jess and Tommy have all said this) She went from being a real jury vote threat in a F2 to the person everyone left in the house could beat. I just think it’s disappointing because I feel like I’ve watched Beth all summer but I would’ve really like to see Holly play this game.

As for The Decision: (ya, I know Nicole isn’t Lebron but I don’t think I’ve had an NBA reference yet this season and that’s just not right)  I’ve leaned more towards Nicole and Cliff needing to keep Beth since before the double. I never thought she should’ve gone after the shomance that week but I did think it was better to take Tommy out instead of Christie.  I’ve also never felt this weeks decision was a right or a wrong choice because there are pros and cons to both. I think it may be better for Cliff to keep Beth but better for Nicole to keep Tommy. Obviously, that isn’t an option and that may be why so many people (including me) are undecided this week. They’re a team but it doesn’t mean the same thing is best for both of them. Online polls, regarding who to evict are staying close to 50/50 or at most, 60/40. With most of us liking and disliking the same people this year, (unusual) we’ve barely had anything to debate so we were due. I’ve heard so many good reasons to vote both ways and I like this part of BB. This is one of those times, people will say they screwed up if the comps don’t go the way they want and that isn’t fair. Instead, I’m going to suggest things to consider other than the comps that could make the decision they make a mistake.

There’s things that concern me for Cliff and Nicole. I think Nicole is overtaking Cliff as someone you don’t want to take to the end and Tommy seems to think it too.  It’s great that everyone loves her but is that going to turn into a liability?  If she wins another comp, could it prevent Tommy from taking her to the end? For Cliff, if he’s at the end with Nicole, will it look like she did it all?  She’ll get all the credit for getting out Christie and breaking up the shomance. Even though he had a better game the 1st half of the season, she has flashier moves. Regardless, I’m happy some gaming is still going on this week.  There weren’t a ton of game conversations yesterday but they were important ones. I’ll go over those but first, here’s the answer to yesterdays trivia and one more thing.  Someone asked in the comments yesterday if Nicole had shaken hands on the deal with Jackson and Beth. I replied that she hadn’t.  It would take me forever to scroll through and find it so I thought it would be easier to correct it here. I was mistaken because Nicole avoided shaking on a deal with them week before last, she did shake on it the week after. I’d forgotten that happened so sorry about that.

Trivia answer from yesterday: Nicole is only the 3rd person in BBUS to win the veto at F5, use it and force the only remaining player to go on the block.  The question was when were the other 2 times this has happened?

Cliff and Nicole (but mostly Nicole) seemed to get a little cocky yesterday.  It didn’t me rub me the wrong way and it’s probably because I like them mixed with the fact that they really were treated as afterthoughts for a long time by most of the house. They’ve earned the right to have their moment as power players if they want it. However, I’d prefer Nicole sit back, eat her unicorn poop and pretend to be shy and timid just a bit longer. I think it’s better for her game but personally, I’m enjoying watching her shine. There’s  more to Nicole that this cast realized. She may be meek and lack many life experiences outside of her small world but she isn’t a pushover. Let’s not forget, she’s nice and kind but she also locked her parents in the basement when she didn’t get what she wanted.  This Nicole has always been there, she’s just finally letting her out a little.

Hopefully, we get some good game talk today or if Beth is in charge of house activities, an egg hunt and campaign brunch. Have a great Tuesday.