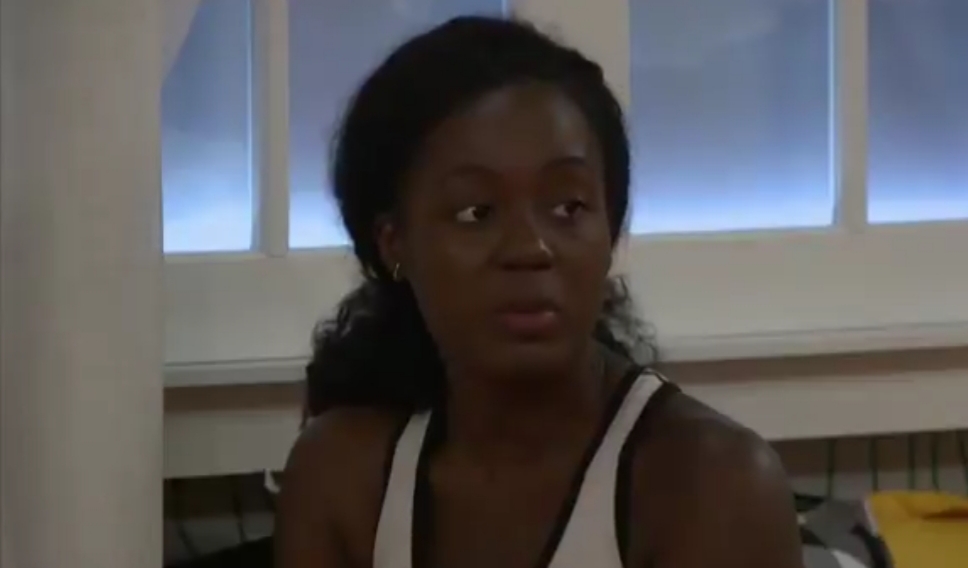 Good morning all!  There was at least some game talk going on yesterday but I had a hard time focusing on much of it. It’s more fun when you think someone is going to spill something and it might actually shake up the game. In fairness, we’re still in the beginning of the game and I know there’s time. (This is me, staying positive)

The hg’s were able to be outside again but were told they’ll be locked jn until Thursday so outdoor fun is over. Jacksons injury seems to be getting worse. Holly thinks he needs to see a doctor but Cliff thinks it’s no big deal. Holly’s mostly concerned she’ll be a bigger target than Jackson if he’s injured. She wanted him for a shield. (Not true. Can’t he just win a sprinting race like Christmas or something?)

Kemi had a talk with Jackson trying to convince him she should stay. They talked about Bella a little, Afterwards, Kemi told Bella, Bella told Jackson, Bella told Kemi she told Jackson and Kemi was pissed. Kemi FINALLY sees she can’t trust Bella. Bella, as usual, had no valid reason for repeating the conversation but tried to tell Kemi that it was fine because Jackson was only testing Kemi to see if she would go tell Bella what he said. Kemi had to point out to Bella how she confirmed to him that she did. I’m not even sure what I just said makes sense. It isn’t even important other than knowing Kemi finally sees what Bella is doing. 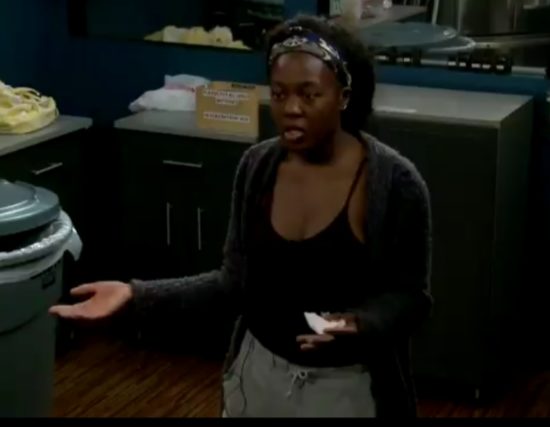 Kemi barely made the last epsode and I hope the next one shows some of her talking to the cameras. She vents to us and I think it helps her keep her cool with the hgs. She’s gone off about Bella, Jess, Jack and people who just stand in front of an open refrigerator door. It’s probably my favorite thing on the feeds lately.

Kemi and Nicloe have also talked about the problems with Bella. No one trusts her anymore except maybe Nick. H8ful has already formed Six Shooters without Nick and Bella because they want them out soon. Bella and Nick are also a full blown shomance at this point. They say 1 day is like a week in the BB house and maybe its true. They went from very subtly holding hands early in the day to plenty of PDA by evening. They both had potential and they’ve both flopped imo. There isn’t strategy in what Bella is doing and she talks just to be talking.

Christie appears to be taking over Bellas role of playing all sides but she does it much better. Jack is calling Christie his rock and Sis is whining about shomance issues to her. Jack’s told Christie he’ll break things off with Sis if it bothers her. She assures him it doesn’t. Sis told Christie she felt stupid over the way Jack acts around Christie. Sis asked Christie to keep her informed if Jack says ‘romanticc’ things to her and Christie says she will. Christie also assures Sis she only thinks of Jack as a friend. I see this blowing up at some point but for now, they both tell her everything. I don’t think Christie likes Jack at all in a romantic way but she loves the attention and being the person the ‘hot guy’ wants over Sis. (No, I don’t think he’s hot but they do)

Nick and Sis were talking and she told him she’d had sex with Jack. She sure talks about it a lot and ALL DAY LONG for someone who doesn’t want it to get out. He asked for details and she provided them. She also made a comment about how she doesn’t take birth control. This season is just nuts! I guess this wasn’t really sexcapades worthy because it wasn’t a new incident but some people read this over breakfast and I was trying to be careful. 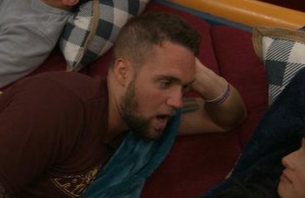 Kat is much more entertaining now that she’s on her own. She’s not the sharpest knife in the drawer but she is funny. I couldn’t wait for her to go and now I’m glad she didn’t. The only hope I think Nicole, David or Ovi and Cliff have in my opinion is to lay low until camp comeback is over and get Kat fully on their side as a number.  They’ll obviously have to do more than that but they’ll need her too. Kats also wanted Bella out since the start of the game. 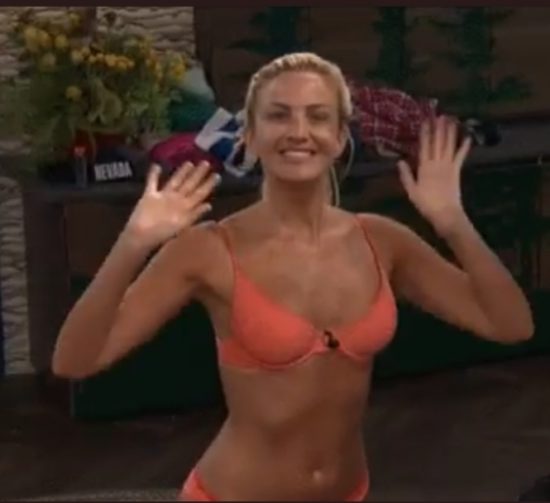 After Jack told Christie about his power, she eventually told Tommy. Tommy is waiting to see if Jack will tell him too. He hasn’t told Jackson so I doubt it. Jack, Christie and Tommy have a F3 tho within the Six Shooters alliance so he might.

Jack had fun playing with Sis’s feet which he said were cute and Sis said were dirty. There’s a lot of talk out there about Sis and the shower. (No, not the kind of talk from yesterday) I have no idea and haven’t paid attention but people are swearing Sis doesn’t shower. I didn’t know if any of you guys have noticed it. It seems we have one every year who gets put on shower watch and this year, it’s Sis.

David made crock pot pork chops and they were a huge hit. Jack was very impressed but later told Christie how anyone can put something in a crock pot. Jack has worked out in the yard and spent some time with David and made comments about liking him now. Jack’s just someone who is a jackass and has to have a snide remark at all times. Of all the hgs, he’s the one I despise the most but he’s also one of the people I’d like to know more about. Maybe because no friends or family signed the release so they could be mentioned on the feeds. He eventually told Christie his hoh letter was from someone watching his dog and they arn’t even really friends. I’d just be curious to know what happened to make him such an asshole.

Nicole is another one who intrigues me. It’s mostly because she’s nice and sweet but told a story in a preshow interview about locking her parents in the basement. I mean, who does that? The interview was with Ika and they’re waaayyyy better than Jeff’s if you didn’t catch them before the show started. I’m sure you can still find them on YouTube. Truthfully, I didn’t even watch Jeff’s interviews. I don’t need to know what animal these people would be and have them act out their school mascot. Sorry Jeff, nothing personal. Ika can get a little silly too but she consistently pulls more out of these people when she interviews. Initially, Kat convinced people she was a fan of the show but Ikas interview revealed she wasn’t.

To sum up the game direction this week: Almost everyone voting prefers Kemi to stay. Everyone will vote her out because Jack wants her to go.