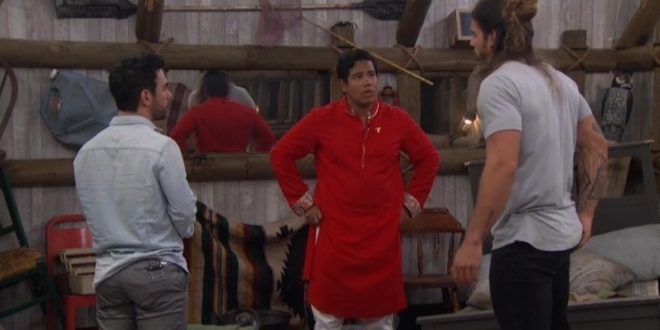 First thing, let’s talk about the twist. Something that has ‘never been done’ before (according to Julie) and that is ….. a pre-jury buyback. Ok, I guess it’s not that simple. They did add the little wrinkle where the first four get to still live in the house which saves them money on a few hotel rooms. It does add a new strategic element to the game, I will give them that. Before it was just a guess if a person is coming back, but now it’s a known thing and they still have to live with that person.

Regarding powers, it is very unlikely that Ovi can use his power unless he returns to the game. That is something I’m 99% sure on already.

The HoH competition likely ended in a very disappointing way for a huge majority of the fans who have soured on Jack over the last week. We already do know that Kemi is going to be the target this week, the question will be if he can actually get her out.

I’m going to wrap this up and plug my live feeds. Get them here! That’s because the feeds are already back so I’m going to report how the house is now:

Check back for update