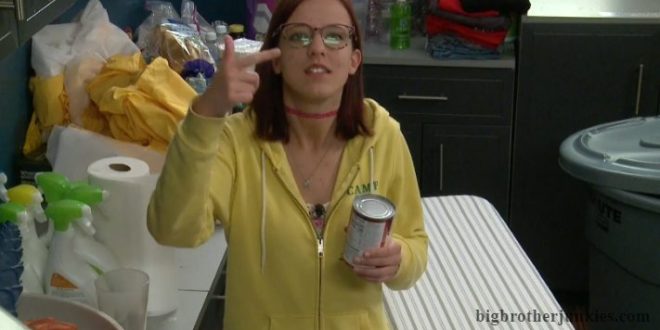 And we’re here! The final Saturday of the season and the final competition until the finale fluke guessing game comp that is nowhere remotely fair to someone who has busted ass for 99 days. Woah, kind of went off on a tangent there. I am serious about that, however. The final round of the HoH has typically been when they ask a jury member questions and we have to predict what the person said after (well, no we specifically lol).

After 99 days, about two dozen comps, 13 evictions, and way more lies fights and drama than most of us will go through in a lifetime and it all comes down to a guessing game which could completely alter the entire outcome of the season. Sure, it’s an ‘educated guess’ type of game, but it’s still a guess. It’s not like the comp ‘what the bleep’ where they can remember what the answer is because they were in the room when it was said. This is all pure speculation and guessing. Ridiculous.

As you can see, I’m not a fan of that competition.

Tonight, Nicole and Holly will square off in a competition that likely features athletics and memory. That means there is a good chance Nicole can win as she has smoked Holly in similar comps this year. However, should she win, she can still lose the guessing game and end up in third place. In future seasons, it should simply be the winners of the first two rounds make the final 2. No losing your way into the championship match. It would be like the Rams winning their game and saying they wanted to play the Chiefs in the Super Bowl rather than the Patriots simply because they won their game first. (side note – Bad mistake. Chiefs would have crushed the Rams like 40-14).

As of 7:20 pm, the feeds are down for the second round and it could be a late one. I’ll keep this updated for when they return. In the meantime, entertain me by sending me fun snaps (sc: stevebsfan)

Alright, feeds returned at 10:30 pm and Jackson/Holly are celebrating in the bathroom while Nicole is crying in the bedroom 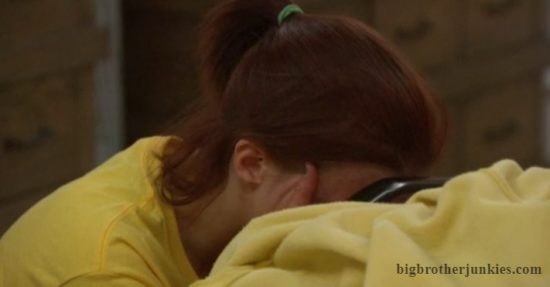 I am doing homework so I have my headset in and can’t hear the feeds, but I don’t want to. I don’t need to hear them to know what happened. It’s heartbreaking to see Nicole like this and I am at a loss for words because Jackson and Holly will be in the final 2.

I don’t really like pushing specific people for things, but all I can say is that everyone needs to vote together for AFP and not split the votes. Vote Nicole for AFP so she doesn’t split with Cliff which results in like a Tommy win.  If you are neutral, voting together for Nicole is the best way to go because that’s where a lot of the votes already are.

If anyone asks, this means there is a 99.9% chance the final 2 will be Holly and Jackson. There is not an argument in the world that could convince Jackson to take Nicole over Holly. The 00.1% chance would be Holly screwing Jackson and taking Nicole for some odd reason.