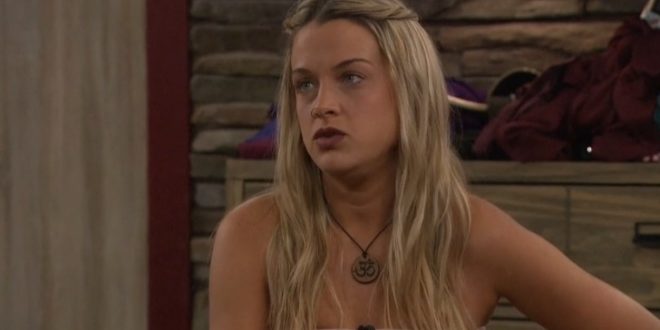 It seems every day this season seems to remind me of a past season. The other day I thought it reminded me of BB15, and it still partially does, but now it has a lot of BB19 sprinkled in. That is the season where there was a large group of people who got together and ganged up on the target of the week making their life hell. You had Christmas (Christie) and Paul (Jack) running the show and a bunch of followers doing whatever they wanted.

That is what happened last night when the entire house decided to isolate Nicole for trying to play the game. Nicole did a very light campaign to keep Kemi and it got back to gr8ful via Bella. The entire alliance huddled up in the HoH room to shit-talk Nicole and act like she was the worst person in the world. They hyped each other up, did some chants, and eventually broke up the rally after forming a new 9 person alliance with Sam included this time (aka the Whistlenut/Jason of the season). It’s too bad that Sam has been trying to lump himself in with that group because they have been getting crushed on social media and Sam actually doesn’t seem like that bad of a guy. Annoying in the DR, but decent overall.

The PoV competition is to happen today and there isn’t much to look forward to. Jessica, Nicole, or Cliff will be joining the Camp Comeback this Thursday so I guess one of the few people I’m going to hope to win the veto today would be Nicole. That is assuming she is picked to play. If she wins, it will at least keep her safe for a week until she hopefully gets an ally worth having next week (David maybe?).

Let’s get to some updates before the veto competition