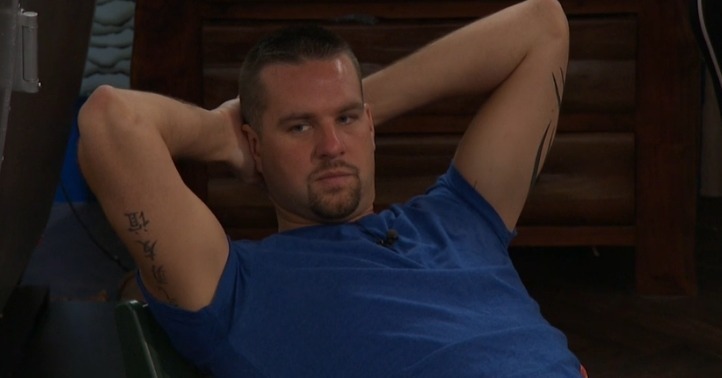 First, I want to give a huge shoutout to Rockstar’s daughter! It’s her birthday today which means no funny business is allowed in the Big Brother house today. I’m watching you, Jack!

Saturday in the Big Brother house which means it’s veto competition day! It’s a fairly big competition as it could set up the potential for major drama on Monday. Here is why – Jack and Jackson are currently on the block.  Jack used his power for the redraw today and the current players are Cliff, Jack, Jackson, Sam, Kat, and Analyse.  I’m not sure what the initial draw was, but Jack wasn’t happy with it so his power has been exposed and is now gone. There is one remaining power in the house which could come into play on Monday.

So here is the situation; If Jack, Analyse, Jackson, and maybe Kat win the veto, this will put a ton of pressure on Christie to use her power on Monday. What her power will do is turn the veto into the diamond power of veto which means the person who won will be able to pick the replacement nom (for those confused – Christie does not pick the re-nom. Just the person holding the veto opposed to the HoH). This sets up a situation where Jack could potentially pull himself off the block and nominate someone else. He could and most likely would put up Nicole, Nick, or Bella which puts them against Jackson. He’ll pick whoever he feels least comfortable with as a potential vote. They have been working Nicole, so she may be able to trick him that she’ll vote to keep him which would keep her off the block.

For argument’s sake, let’s say it’s Nick. This means Nick vs Jackson and the votes could look like this:

That is assuming Jessica doesn’t flip and vote to evict Nick which is possible considering she has been kissing the ass of that side of the house all season. Kat could also flip to vote out Jackson as some sort of payback for breaking it off with her and hooking up with HollyBeth.

This means Nick goes and Cliff’s HoH win is for nothing because the numbers go back in favor of the 6 shooters.  Not good.

If Sam or Cliff win the veto, noms stay the same and the game remains interesting

Oh, I was thinking of switching the comments to newest first so people don’t have to scroll alllllllllllllllll the way down the page to see new comments. Thoughts?

Seeing as Cliff or Sam didn’t win, we can talk about the power with more certainty.