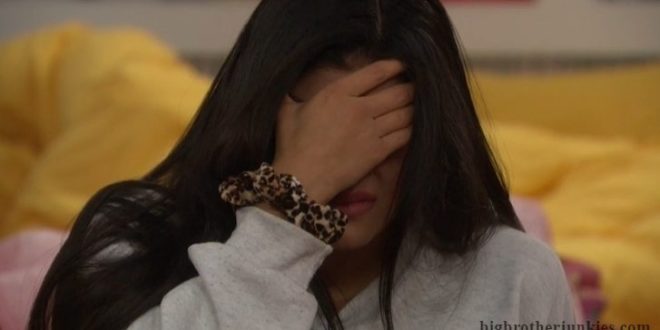 I know it’s early for an overnight thread but I’m in the weird period where it’s too late for an evening thread but too soon for an overnight one. Kind of like having the ball at the 42 or so. Too long for a reliable FG but too short for a punt but you have to choose one, so I chose punt. I’m doing it now because the other thread quickly surpassed 200 comments with the veto competition done.

Speaking of the veto competition, bad news for Christie. Jackson won and she’s currently around a 99% certainty to be voted out this week. If she could somehow flip this and get Sis out and stay under these odds, that would be an amazing Big Brother player but also kind of a scumbag to her friend. I don’t think she’s going to try very hard. She knows she played too hard too fast and it’s catching up with her. It’s too bad because I respect her game and I like watching people who play hard. I don’t see who is going to step up and face Jackson now.

One winner this week is Tommy. It was great for him to have Christie in this game early, but she’s becoming way more of a liability than an asset at this point. He can get rid of the biggest obstacle between him and $500k without burning bridges. On top of that, he knows she’s in the bag for a jury vote, so he can quickly transition to the other side without missing a beat. It seems as if he already began that by doing something with Holly after the PoV competition which really upset Christie. It sounds like they re-enacted Baywatch shortly after the comp because of their outfits and Holly played along. Christie was upset that he was joking around with the ‘enemy’ so shortly after a crushing loss, but that’s his game. He is masterfully playing the middle and will be in the driver’s seat toward that prize money once Christie is gone.

She was basically his biggest competition for the $500k because she’s also playing a fairly good social game. I think she’d likely beat Tommy in a final 2 situation, and she may be the only one except for possibly Cliff. This was JC taking out Angela at the end of last season. It saved Tyler a really awkward situation of choosing between his day 1 (Kaycee) or his gf (Angela).

Alright, updates in comments. I have work tomorrow so I won’t be able to update in the afternoon but I’ll start a thread when I get home.