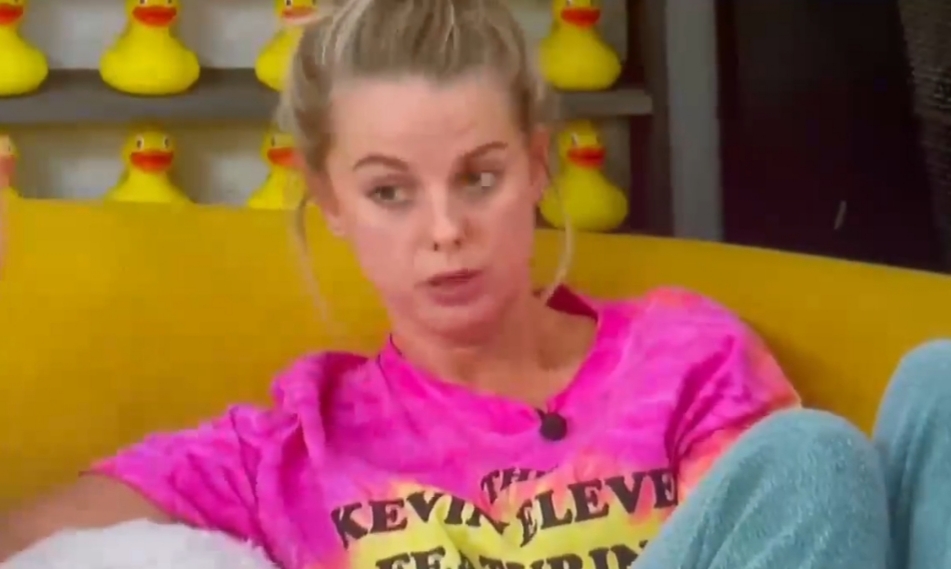 Good morning. The 2nd part of the hoh comp finally happened last night. They usually have that one late but I started thinking they may have had a reason to wait for today to do it. (Full disclosure, I got tired of waiting and just got up super early this morning instead. Steve’s the night owl, not me! I’m old and tired, haha) The 2nd part isn’t shown on the feeds anyway and it’s usually long since its more likely to be one where they go individually. It tends to be a bigger set up than the first one, especially in recent years. Last nights comp sounds similar to the ones where you have to answer questions but with a lot of running too.

AFP voting: Before I forget, I know there have been some questions about voting and if you need All Access to do it. I’ve heard yes and no, so I’m not sure. I wouldn’t go to the CBS site and then choose to vote after you’re on the site. Go directly to cbs.com/bbvote and you may be able to vote without an account but I really don’t know. I’d try it that way tho.

Cody won part 2 and who’s surprised? No one should be since he was favored to win both parts 1 and 2. That actually says alot about how well rounded a player he is in comps. I heard Enzo saying it took him 37 minutes to finish and Cody did it in 4. We may not know the F2 yet but we at least know who won’t be making the decision. The winner of part 3 could still take Enzo to the end but I’m guessing it probably won’t happen.

Cody said (in a DR) he wasn’t going to repeat BB16 and said he was taking whoever helped win him the game but here’s the problem….we still don’t know who Cody thinks is the better choice. Truthfully, I think he can win against both but I’d still like to know what he’s thinking. I’ll go over some of the conversation from late last night but before that, here’s a look at the game relationship between Nicole and Cody. Since it will be Nicole vs Cody in part 3, this is a sample of what the other 14 hgs failed to see. It’s what this seasons players either didn’t know or forgot:

Since BB16 is the first choice for production to have players watch before entering the house, there’s no excuse not to know Cody and Nicole were close that season. Yes, he lied to her and evicted her but they spent months together before it happened. It’s also the year Derrick won, who’s consider one of the best winners. Even if you’re an old school player, who stopped watching, wouldn’t you have looked at Derricks season?

Bonds are created when people play on the same season and anyone who’s played, knows it. It’s why Keesha thought she’d have a little loyalty from Memphis.  David may not have seen BB16 (or any others) but what’s everyone else’s excuse? (not saying it was an excuse for David either, just that we know he didn’t watch) There’s also a little thing known as a wall yeller that happened this year. I’ve heard past players say they don’t pay any attention to that stuff but Ian did. Granted, he didn’t try to do anything about it but he took it as something real. It took me less than 10 minutes to find these clips, take the screenshots and crop them so how hard could this have been? They’re all from BB16:

…but how was this friendship completely ignored? Too focused on all guys alliances? Too worried about beef other players had with each other? I have no idea and hopefully, Julie asks them about it. She won’t ask about the wall yeller but what about BB16?

I don’t want the screenshots I used to imply anything about Nicole and Cody. BB16 was possibly the most touchy feely group of people I’d ever seen. The entire cast was like that and if you weren’t lying in bed cuddled up with someone, you were the one who stood out. Nicole also had a shomance with Haidyn that season so this was more of a brother, sister thing but with flirting. (weird, I know) Cody did this with everyone that season but he adored Nicole and talked about it often.

I’m not complaining about the friendship at this point, because we’re way past that, I’m only trying to figure out why the players seemed to have blinders on this season.

An argument can be made (and I’ve made it) that since there wasn’t ever a power shift this season, no one could make a move against them. True, but would they have made it? Janelle and Kaysar talked about Cody being a threat but they were focused on Cody, Tyler and a guys thing. Kevin and Day talked about a big alliance and going after it. When they talked about it, they seemed focused on Cody, Memphis and Tyler…not Cody & Nicole.

Cody and Nicole (as a duo) may have continued to fly under the radar, even if there had been a power shift in the game. This is off topic but think about that for a minute, not 1 power shift ALL season long! (That’s why it was boring, not because of pregaming) Even Tyler winning and taking out Dani was a Committee member winning. When does that ever happen? In BB20, when Tyler’s alliance creamed Foutte, it wasn’t because Foutte never had power. They won comps and there were weeks they had control, they just used it poorly and allowed Level 6 to trick them.

Cody made a point to show his loyalty to the guys early on, as far as the rest were concerned. Nicole spoke to people about playing with Cody on BB16 but said they weren’t close and said she didn’t trust him. If people believed them, they should get the credit for it. Day is a naturally suspicious person but Nicole obviously did a good job of convincing her and others, she simply wasn’t close to Cody. Cody obviously convinced Enzo and Memphis that his loyalty was with the bros, all while Enzo was aware Cody and Nicole had pregamed.

Cody is as exciting as oatmeal and Nicole is like a bad itch but they played the entire house. There was also some luck involved since their side of the house never lost the comps but I’ll give credit where it’s due. I’m also not counting Enzo out completely to go to the F2 (but only if Cody takes him) just because I’m focused on Cody and Nicole from BB16 today. I’m just still puzzled as to how they weren’t targeted. Sure, it came up at the end by Enzo and Christmas but that’s when it was too late so it doesn’t count. 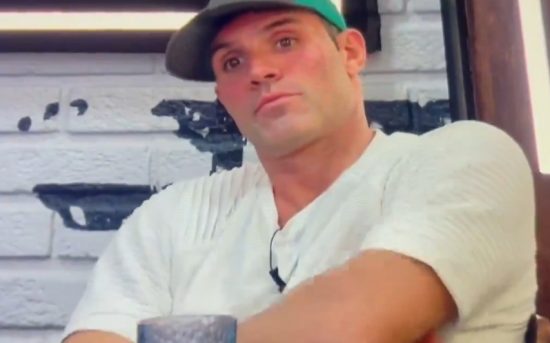 Recap from the feeds:

They 3 of them chatted, Enzo pouted and Nicole reminded Cody why he’d win sitting with her at F2. That’s the summary of the feeds so here are some of the stand out comments I heard from the night, mostly what you’d expect. This is for the people waiting for Enzo to have a tantrum and realize how badly he screwed up. For you all, here ya go:

I’m making fun of Enzo today because it’s the meltdown we’ve been waiting for but I’m not saying he played a bad game. He screwed up at a crucial moment but he’s actually played a really good game this season. Enzo never went on the block and unlike Cody, no one ever wanted to target him, AT ALL. It may not be the winning game but he’s obviously a good player. How many people have gotten to the F3, two times and had only 1 single vote placed against them? If he leaves, it will still just be 2 votes. That’s a great social game and I’m not trying to discredit it. I also think he’ll have a helluva hard time winning BB22, so there’s that…