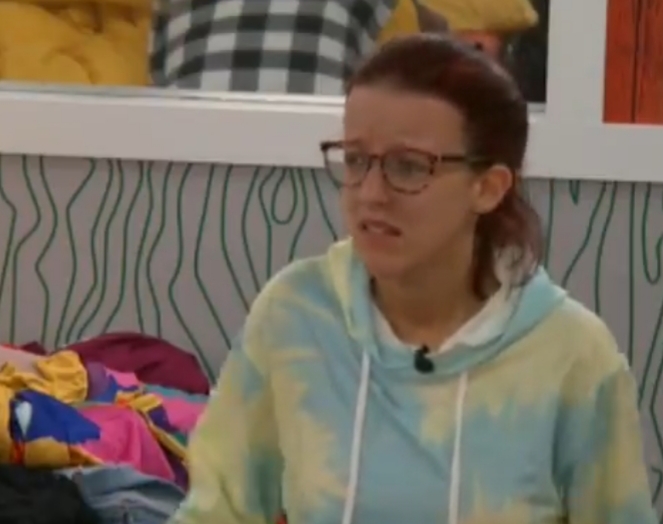 Good morning, I hope everyones weekend is going well. I’m getting a late start this morning and figured it would be ok since the feeds were down for so long yesterday. I knew almost nothing happened before the veto comp and mistakenly thought there wouldn’t be much to recap. Don’t get too excited because a little of it was game related and most of it was shomance drama.

I’d rather do almost anything over recapping shomance nonsense. I thought the Jeff and Jordan thing was kind of cute but couldn’t handle shomances after because although theirs wasn’t the first, it seems production made it a focus after that season. (There were plenty before Jeff and Jordan) This may be an unpopular opinion and even though she’s considered some “great” player, I couldn’t stand Rachel and still can’t. Since she and Brendon had the next big shomance, that finished me off. Sure, she won and there’s no denying she could win comps but that doesn’t mean she’s good at BB. It just means she’s good at BB comps imo.

Anyway, as usual, I’m getting off track. (Steve needs to set up a blogging version for me of those rails they use in bowling alleys for kids. It’s those things that prevent you from veering off too much  and getting a gutter ball) Since I’m not sure what that would be, other than maybe a shock collar and I doubt he could use it remotely across so many states,  I’ll just get to the recap.

When I turned on the feeds yesterday morning, the first thing I heard was Beth saying. “I’m worthless. I’m just a f*cking bystander.” She was the only person not picked to play in the veto and she wasn’t happy about it. Jackson is the person who pulled Nicole’s chip too. Beth told Christie she knew it wasn’t his fault but started complaining about it as if he’d done it on purpose.  Beth said “this is like Cliffs 20th comp and I’ve only had like 11. Everyone was like ‘yeah Nicole’ and I’m like, you know I’ve only played because I was hoh, right?” She said she wanted to show why she was there, felt like the viewers weren’t seeing the real her, was there to f*cking compete and said she’d competed the least out of everyone. (First, that’s not true. Nicole’s competed the least and second, when you’ve never been otb, you don’t automatically play in vetos. If she’s played less than some of the others, it’s because she’s NEVER been otb) 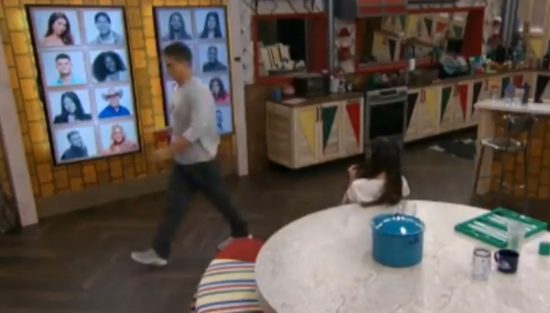 If you recall, Beth was in a bad mood the evening before and she and Jackson were bickering a little. It continued when they went to bed that night and she woke up in the same bad mood. She spent the morning going from person to person calling Jackson a f*cking a**hole. She said she made him coffee and he didn’t say thank you. She said she was pissed because she knows she was cast to be in a shomance instead of for the value she brings on her own. (This is a carry over of her issues the night before) Beth told Christie she was already in a bad mood and Jackson ignoring her was making it worse. She said he was ignoring her and didn’t touch her at all the night before. (I think she may have only told that last part to Christie) He walked by her yesterday morning and she called him something under her breath. It sounded like “piece of shit” but I’m not sure. She followed him when he walked past her but it was obvious he was avoiding her.

She told Christie she was mad she wasn’t  picked to play veto and had played less than anyone.  She said she was going to be know only as that girl who was in a shomance with Jackson and said that’s not why she was there. She said she’d gone way out of her comfort zone because of him and went through the “conservative girl” stuff again. She added something new yesterday when she began saying she was being pressured to be in a shomance even before the show started. (This is going to be the new thing to blame, just watch and see) Christie talked about, you guessed it, PMS making you nutty so Beth latched onto that one too. Now, she’s felling like this because of PMS. (Your welcome Steve, you don’t have to talk about this if I do) 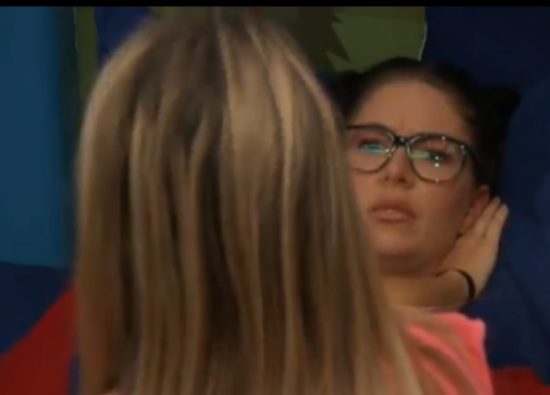 I get it, they ask everyone about shomances during the casting process and despite what production says, they try to find people who are interested. Past players have said during auditions, people should appear open to it, even if they arn’t. However, I doubt they were pushing Beth to hook up with Jackson when they already got what they wanted with Kat and Jackson. The proof is the edit. If they wanted a love triangle, they would’ve edited it that way. Instead, they went out of their way to make Kat look like a stalker and gradually eased into the Jolly Rancher duo.

Veto time: They played hide the veto, Tommy won it and Christie  began saying she had a dream they were going to play hide the veto and she was psychic. She corrects herself and says they arn’t dreams, they’re quick visions. 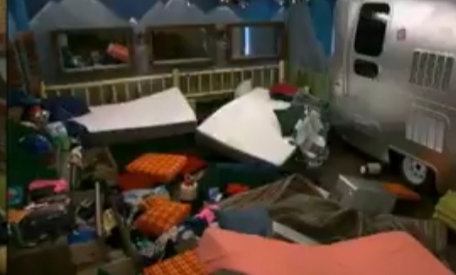 The feeds went out for a while and when they came back Jackson was asking Beth if she wanted to get her stuff. (Out of the hoh room) She asked if he meant for her to get all her stuff out of there and he said he didn’t care. The feeds kept cutting so they obviously didn’t want us hearing this convo. Jackson remained cold and dismissive. She wanted to talk and he didn’t.

Unless the feeds are super busy today and Steve has a lot of updating happening, I’m going to do a different thread explaining what’s really going on with both Beth and Jackson, including the timeline of events. I figure, do it once, get it over with and hopefully move on.