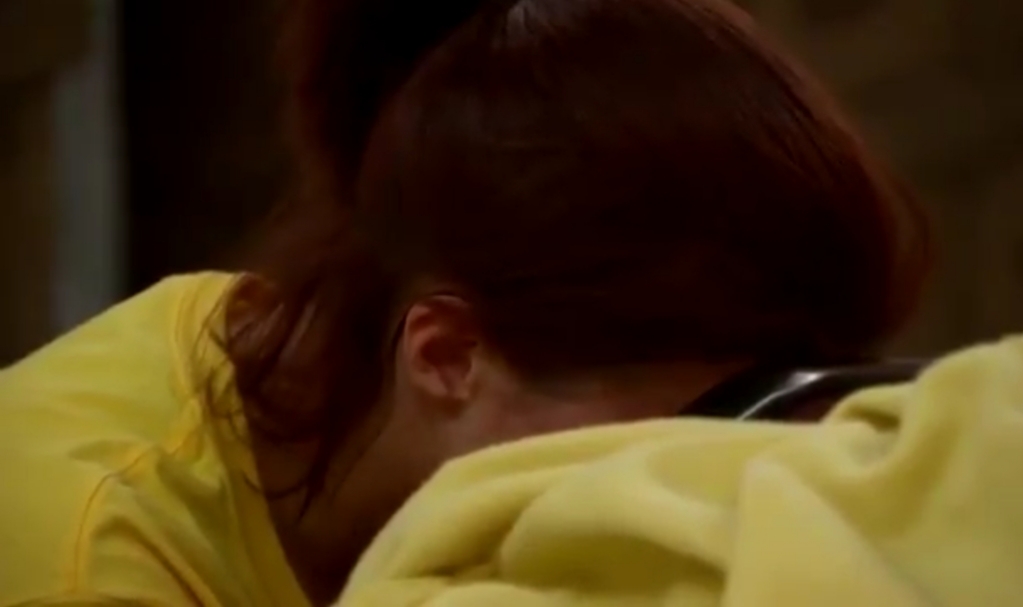 Good Sunday morning everyone. For many of you, last night probably sucked. (Yes, I’m aware it’s not everyone) With Nicole losing part 2 last night, I’m even more aware of how different this season has been for me to recap. I try not to get too invested in any of the players. It’s just something I enjoy for a few months every year. I always say, I’ll probably never meet these people and no matter who wins, it isn’t my money at stake.

I’ve tried to keep the recaps informative and although the jokes are biased, especially when I have a favorite, I do try to point out good game moves from everyone. I’m not saying I accomplish it, just that I try. It’s been more of an uphill battle this season because I’ve disliked so much of the cast. On the flip side, we had someone like Nicole, who seems to be an amazing person, so it’s easy to root for her.

There isn’t much to recap and as I said yesterday, I’m working on recapping the season so I’m keeping the last couple feeds recaps shorter. After the wedding and getting home late, I admit I didn’t stay up for the results. (It was o strange watching one of my sons friends get married yesterday. They’re in their early 20’s but he’s the first of the group to marry. He was a grown man standing there waiting for his bride but I kept seeing the little boy who used to play at my house)

Anyway, when I woke up to the find out Nicole lost part 2, I’ll admit, I was losing motivation for this week. I needed to find reasons to care about the finale so if you’re where I was, maybe these can keep you interested too. Maybe you have a suggestion that’s not on the list because I’d love to hear it if you do.

Sure, this isn’t as good as watching someone you like win the game but it’s all I’ve got and I’m trying. I’m not only trying to give you guys a pep talk either. I’ve got 12 weeks to go over and 3 days of recapping to do so I need the motivation! If we don’t like the end of the game, maybe refreshing our minds on the earlier weeks will be more fun anyway. (Do I sound as desperate as I think I do?)

Here’s the small recap from yesterday:

I’ll begin the season recap tomorrow and break it up over Monday, Tuesday and Wednesday. I hope everyone sticks around for it regardless of how the season ends. It’s not the first disappointing year and it probably won’t be the last. I don’t see it happening but Nicole isn’t officially out yet because anything could happen. I actually think the opposite from Steve on Nicole’s chances. I don’t see Beth taking Nicole at all and if anyone was going to, I think it would be Jackson. Truthfully, I don’t see either of them taking her at this point tho.

Nicole entered the house very self conscious, feeling awkward and dealing with anxiety. She’s said she felt isolated and alone in the past and in her real life, didn’t feel like many people would relate to her. Although the money would be nice, I believe Nicole will leave with something else of value. She’ll know most of the fans love her awkwardness and her. She’ll be the face for the positive side of BB21 and as a fan of the game, I think she’ll love that.