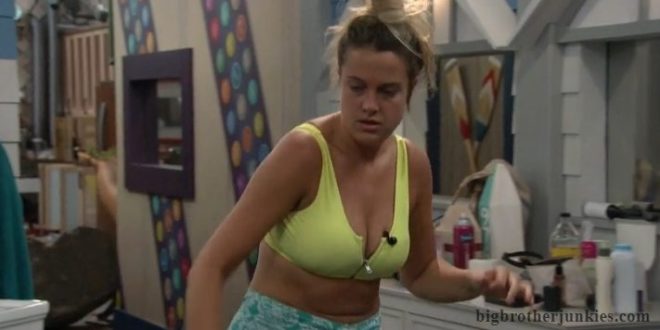 I took a much needed Saturday afternoon off because I had a feeling the veto comp was going to be a long one tonight, and it was. Not as long as I expected, but still long enough. It was the veto where they trash the house which can last many hours, but this was one of the shorter ones.

As far as the result – Tommy won the PoV. Yay?

Cliff volunteered to be a pawn for the week so that means Tommy should take down Christie and still not be exposed for working with her and Cliff will go up without any drama. Jess should go to jury and we’re on to the double eviction.

This house went from painfully uncomfortable to full of suspense to painfully boring over the last month or so and I fear it may continue down the boring path the rest of the way. Jackson may be the only one with a temper remaining but he has had his under control for weeks after the DR spoke to him about the things he was saying early in the season. Now he’s neutered and boring.  It doesn’t help that the two strongest players (Holly and Jackson) are incredibly bad at this game so the two better players (Christie and Tommy) are going to steamroll this house the rest of the way.  Next HoH, it’s going to be Tommy and Christie versus Holly, Nicole, and Cliff. If Tommy or Christie win, especially during a double, there is about a 95% chance Jackson walks out the door.

Also, there is always the outside chance that Cliff goes home this week, although that’s highly unlikely. Jackson will break a tie and I really doubt he’d keep Jessica over Cliff. The only way they avoid a tie is if Jessica somehow convinces Nicole or Holly to vote out Cliff over her. Not going to happen.

Alright, let’s get to some updates but I’m not expecting a bunch.

5:00 pm – The house is cleaning up from the ‘hide and go veto’ competition

6:30 pm – Christie and Cliff are playing backgammon (they really love that game) while Nicole is still cleaning up a little from veto

8:40 pm – Feeds were down for about an hour. Speculating that production came in to fix some things that may have broken today

Meanwhile, Holly appears to be moving downstairs. I wonder if the two are fighting

This is not a good look. We’ve seen people go under the blankets after their nominations before 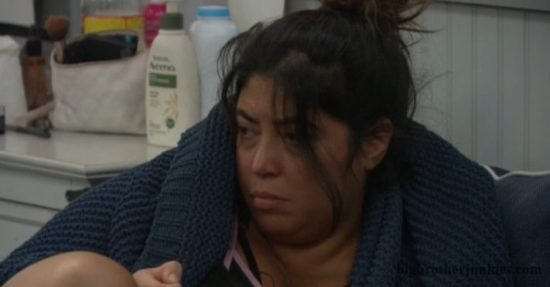 Please don’t Audrey us, Jess. Please! Stay with us!