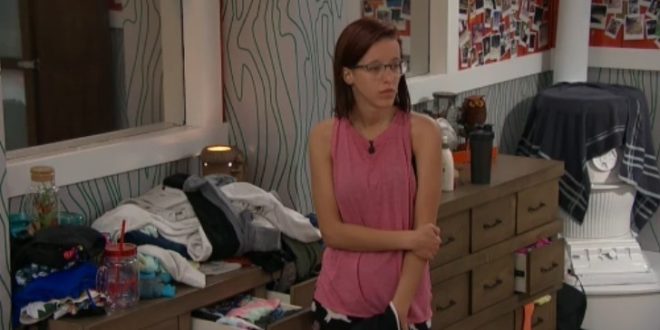 I’m back from my mini vacation and it’s time to roll full steam ahead with this season. I’m still trying to put the pieces together from the last few days, so as I learn, I’ll recap as best as I can.

As of now, the best I can see is that nominations happened as expected. Kemi and Jessica were put on the block and Jack made sure it’s known that it was strictly a ‘game move’ and nothing else (surprised he didn’t turn to a camera and give a wink wink after). This was nothing personal because Kemi would have nominated him had she won. He’s not exactly wrong with that, but it definitely sounds like production scolded Jack and Jackson quite a bit and they’re on thin ice.

In other news, Bella apparently decided to tell Jack about the Black Widow alliance in an effort to keep them safe? I didn’t quite understand this at all. The reason she told or the excuse she gave. Needless to say, the entire house is full of really bad players who continue to do stupid thing after stupid thing. Jack has openly made final 3 and final 5 alliances with half the house and it hasn’t even remotely come back to bite him because they’re all bad. The ‘outsiders’ are getting picked off one by one and half the ‘outsiders’ are too dumb to see they’re in that group so they didn’t even try to form any unity by tossing Kat a few votes on Wednesday night.

Last year, the ‘outsiders’ at least formed together and actually came pretty close to taking power at one point. I seem to recall the veto competition that Rockstar gave to Tyler was actually pretty crucial in terms of the balance of power. This year? Forget it.

Let’s get into the feeds while I still piece together the last few days: