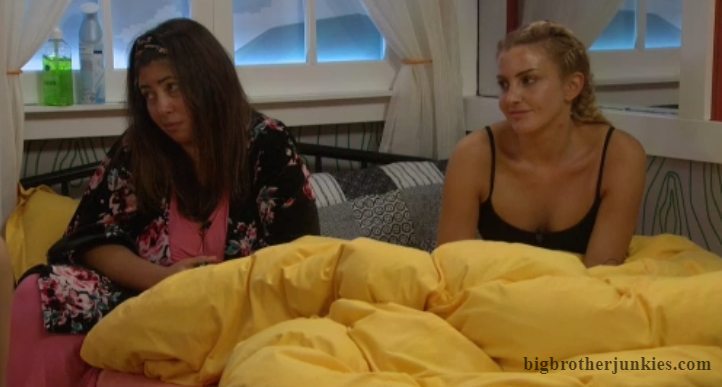 First, it’s a good thing that I put my email down in the post yesterday because I was told the contact form isn’t working. I fixed it, so we’re all good there. Please use that if you have any comments or concerns about the site.

Alright, before I begin today’s updates, I want to begin the Big Brother Junkies Pet of the Day! I won’t explain this daily, but probably the first few times. I’m going to showcase pets of the fans of our blog because animals are great and it’s nice to open the day with a smile! 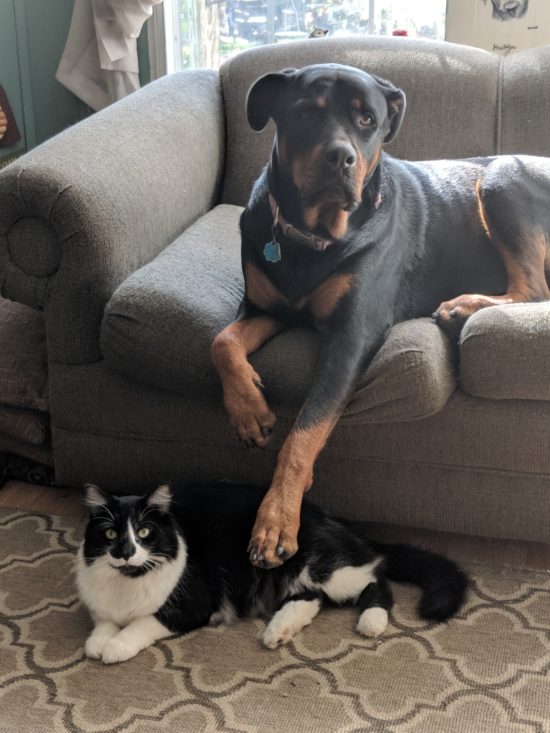 Logan is the dog and Ford is the cat and they’re both beautiful!

Alright, on to the game. This week is going to be interesting for the dynamics of the show moving forward. The guys are slowly getting outnumbered, but I haven’t really mentioned it this season because it hasn’t been an issue. There was a brief all-girls alliance, but other than that, any talk of gender wars has mostly been left with Jess. However, Tommy and Nick are beginning to notice the disparity and if they evict Cliff this week, they’ll be down to 3 guys in the house. Again, as of right now it’s not that big of a deal, but I’m sure they’re worried about genders becoming a factor and them being easy targets to get rid of because of it.  Nick should probably be the most worried about that because Jackson has Holly in his corner and Tommy has Christie. Nick is just kind of floating along trying to cling to anything.

Here is a visual demonstration of Nick’s game: 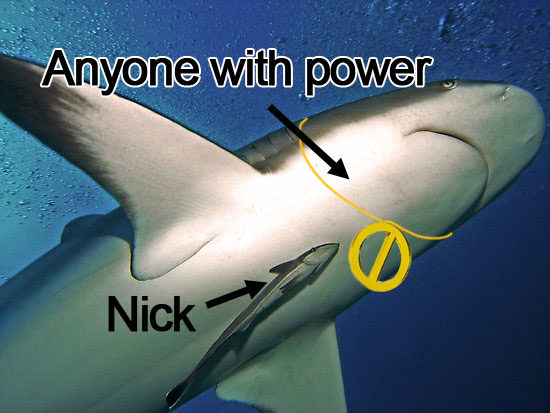 Ok, house is still sleeping but I’ll update this thread when they’re up…

11:30 AM – They put a chicken coop outside so Analyse has to go out there and lay an egg every once in a while. However, it’s the same coop as the competition so the houseguests are out there seeing how they would have done. On a sad note, that comp has been used for the HoH before which means it won’t be this year. 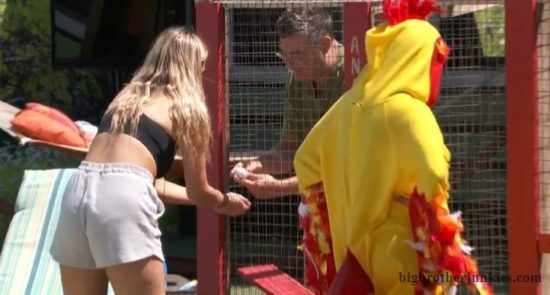 2:30 pm – Lazy day in the house. Many outside tanning doing their Sunday thing

Inside, Nick and Tommy are talking and they are saying how they’d like to keep Kat but she’s really a beast competitor.

Went out to dinner. Will start a new thread with evening feeds after I’m done with the CBS episode