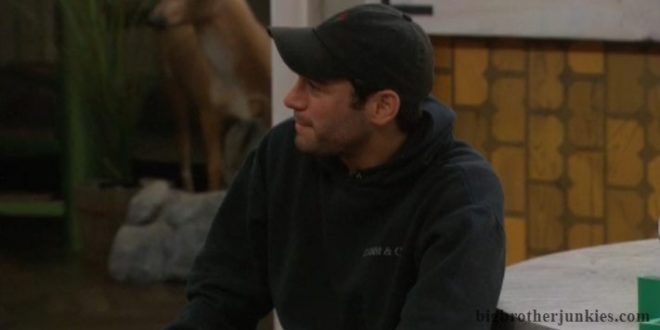 I’m sure many of you hate my Patriots and hate them more today than Friday, so I’ll move on to Big Brother and not torture you guys with more of that!  (don’t let Pats fans trick you. We’re really terrified of AB ruining chemistry and are only cautiously optimistic about this move)

Alright, it’s time to talk about our girl Nicole. She won the veto yesterday and is 99% likely to use it tomorrow to save Cliff. That part is not the tricky part. The tricky part will be who Cliff and Nicole decide to evict come Thursday night – Tommy or Holly.

And yes, it is tricky. This is by no means a no-brainer decision. There are so many variables that come into play with this, like:

With all that said, from the outside, it still seems like picking Tommy is the better choice because Jackson is likely already going to be playing at or near 100% regardless of Holly because he knows he has to win the veto. I personally think Holly is a tad stronger than Tommy in comps so she’s the bigger threat, but Tommy does have the ability to win as well.

Here is the biggest problem with Tommy going to the final 3: The final HoH typically consists of an endurance comp, athletic comp, then a guessing game. Cliff is almost certainly not winning either of those first two rounds which means the final round of the HoH will likely be Tommy vs Nicole (it would likely also be Holly vs Nicole if they took Holly).  Nicole is then in the position where she has to win a luck competition to take Cliff over Tommy.  If she loses that luck competition, she’ll face two scenarios (assuming she’s even picked for f2)

Nicole vs Tommy or Nicole vs Holly

Let’s look at the jury in those situations:

Those are obviously not locked, but it seems like Tommy destroys Nicole while Nicole could actually beat Holly. Here is why: Tommy has always been in good with his alliance even when they split up. Jessica is also now bffs with Christie so she’ll probably be swayed to vote that way. Nick will likely vote Tommy as will Holly. Jackson may actually vote for Nicole because he has grown close with her and Kat may as well, but the only lock is Cliff.

Now, Holly isn’t in as good with her former alliance as Tommy is. I don’t think Sis is a huge fan any more and will likely convince Jack not to be, either. I’m fairly sure Kat and Christie would be more likely to vote for Nicole and Jessica would almost certainly pick Nicole over Holly.

To summarize – Nicole would have roughly a 50/50 chance in winning the final HoH. If she wins, she takes Cliff and wins the game. If she loses, she still may be taken to the final 2 where she would likely beat Holly but lose to Tommy. Basically, Tommy is too sure of a victory in the final 2 for him to even risk being in the final 3. Get him out now and destroy that option before it comes up.  And yes, all of these scenarios change drastically if Jackson wins the next PoV.

3:00 pm – Nicole tells Tommy she wants him to stay