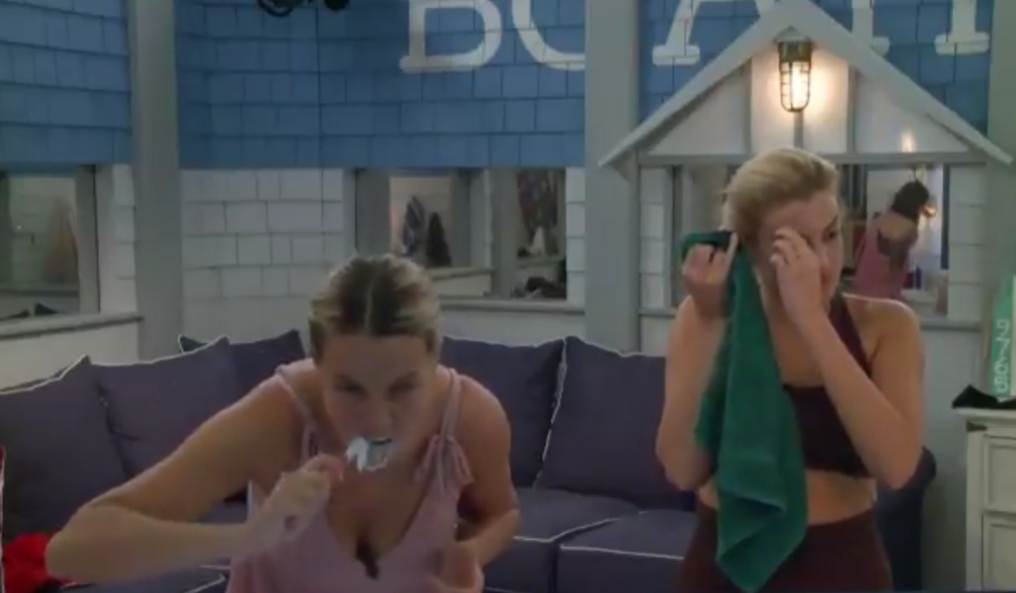 Good morning all, I’m having my morning coffee in a bowl because I can’t find the damn coffee cups. It’s a soup bowl at least, so it has a handle and I’m not having to use a spoon! I’ll just say it’s been a long weekend and leave it there. There isn’t a ton to recap from yesterday since most everything eventful happened while I was away. I’ve actually been able to keep up with the feeds better than I thought I would. On Wednesday, I’ll have a real grown up tv again and screens larger than my phone. Woo Hoo!

Here is a cheat sheet of nicknames if you read the comments on the BBJ site and get confused: 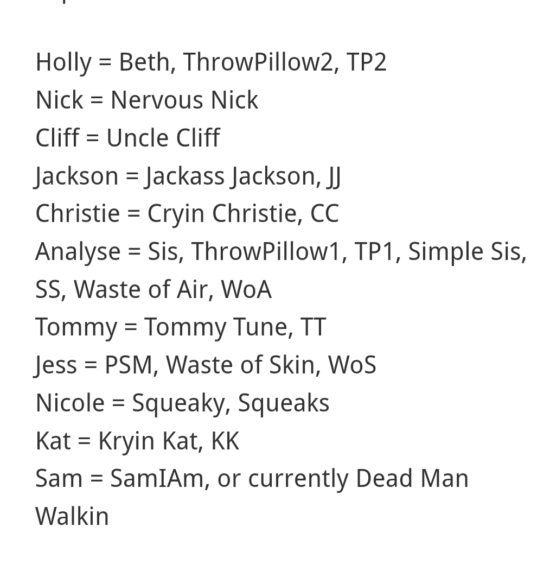 Those are the ones most used by NK who does late night updating and some of the regular BB Junkies who help her. Since I do recaps, I have the luxury of looking at the day and writing about it afterwards. NK has to type what’s going on as it’s happening so the shorthand is helpful. Besides, her nicknames are something we’ve grown to expect from her every year. If you read here daily, you’re probably wondering why I’m spending time on this but not everyone who read Steve’s blog, reads the comments or reads it on the site so they don’t always know who we’re talking about. Ok, now moving right along…

It would seem Kat stopped feeling bad for Cliff long enough to realize she’s possibly the target.  (She always was, she just didn’t know it) These  were the two I guessed Tommy would choose when he won the hoh. I’m bummed over it but they’re the best two noms he could pick for himself so it’s good game play. Tommy’s wanted Cliff out for awhile and after he tried to get Kat out, he knew she had to go. They’ve both been lying to each other since the night Sam left and they both know it. This is from Sundays show. I just thought she looked pretty here: 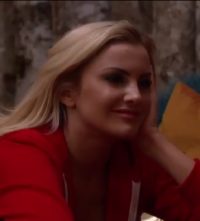 Yesterday, Kat campaigned to Tommy again but she keeps saying the same thing over and over. I’ve mentioned how she shouldn’t try to keep saying Jackson was still her target. That worked before she evicted Jack over Jackson but no one is going to buy it now. Unfortunately for Kat, that’s exactly what she’s done and not surprisingly, no one is buying it. Tommy listened to her pitch and said he hoped she’d be able to stay. (He doesn’t)

Unpopular opinion but I didn’t completely hate Tommy winning the veto. I would love to see Christie be evicted but it’s less satisfying in the form of a twist. With Tommy winning, the twist just goes away.  Every time the game starts to get interesting, it seems like a twist comes in to potentially slow the game down again.  I’d just like them to be able to play, even the ones I don’t like. Now, I’m not saying I didn’t enjoy Chritie going otb and realizing we don’t like her. Moments like this were great: 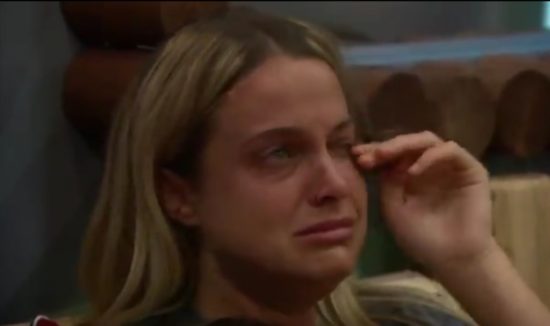 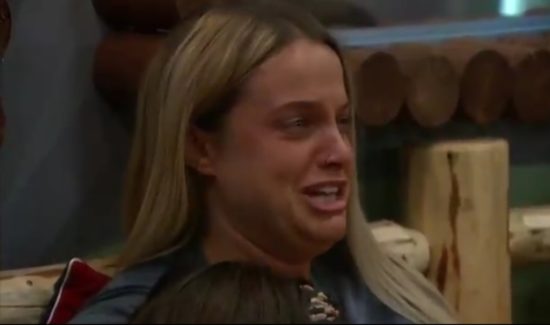 Christie didn’t get use her power either so it all evens out. However, she did have a power to be used as a threat and that was successful (which sucks) but Cliff also didn’t have to make the deal he made with her. Christie knowing Tommy is a way bigger advantage than the power she was holding over everyone’s heads and that’s the real issue preventing people from playing the game the way they could.

For example, there was some talk about trying to get Christie out from Cliff.  If he had gone to Tommy with that, he probably would’ve became this weeks target. No one has a fair shot at breaking into that relationship.  I’m not saying Cliff could anyway but there isn’t the option for anyone to do it.  What if Sis tried? (Yeah, I know, it would involve thinking but let’s pretend) Tommy will go with it in conversation but is it really going to happen?

On a side note, I have noticed Sis talking a lot more game lately. I’ve also noticed how much more she says “I’m confused.” I’m not joking, she says it at least 5 times a day. What kind of sick mind gets true pleasure from seeing this? I know it’s made me happy: 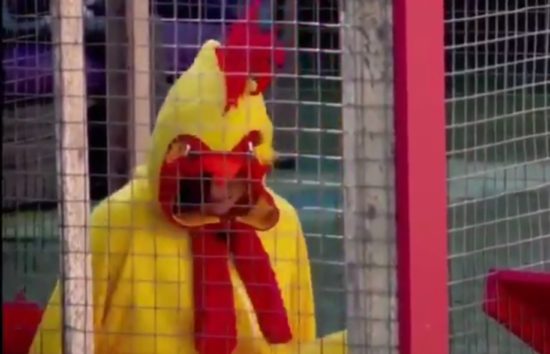 Beth began realizing Kat might be the target and this was also around the time she told Jackson they needed to get back in with Tommy, Sis and Christie. Jacskson isn’t happy with this plan at all and said he can’t work with Christie.  Beth told him the don’t have a choice.  Let’s be real, Beth never really left this group. She went from seriously considering putting Nicole on the block as a target to trying to be buddies with her and Cliff in just a matter of days. She continued to talk to Christie and talk game with Sis and Tommy. That’s fine, Beth’s gotta do Beth. We just need to remember who were dealing with here. She’s never been loyal to Nicole or Cliff. She just wanted to crash Kats outsiders party once Jess became the hoh. The only person, besides Tommy, who kept pushing for the 6 to stay together, was Beth. Sure, she’s done with Christie, but who isn’t?

Jackson cuddling in bed with his one true love: 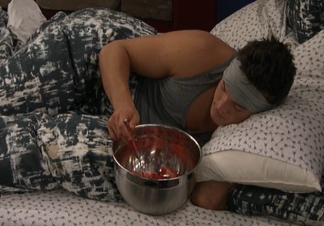 Beth talked to Sis and planting seeds about Cliff. With Tommy and company still thinking Beth, Kat and Jackson know each other, she can’t get away with campaigning for Kat anymore. She told Sis that Cliff was a bigger threat than Kat, reminded Sis about Cliff not taking Jacks deal plus the usual stuff. Sis agreed with her but big deal. Sis will evict Kat if Tommy continues to want her out but Sis preferred Cliff to be the target from the beginning so it isn’t hard to sell her on the idea. Sis said getting Cliff out was better for her game. I don’t know if that’s true but I do know, her motivation isn’t the game. She’s already told Christie she’s concerned Kat might hook up with Jack if she goes to jury and Christie passed this on to Tommy. That’s the real reason Sis originally wanted to keep Kat in the house.

Sis needs to stop worrying about what will happen in jury. She has her own problems to deal with in the house. I’m not sure what Nick is doing here but I know this is no way to treat a chicken. Along with pissing off the fans, he’s gonna have PETA on his ass: 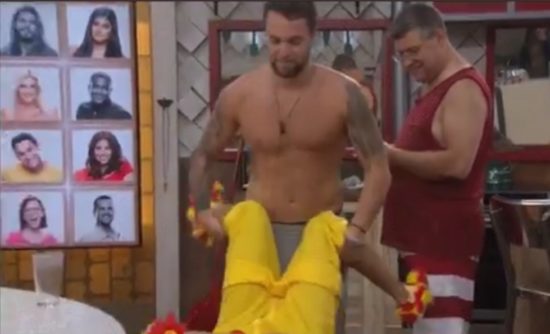 Sis and Beth did the usual swearing on everything that they wouldn’t tell Christie what they were saying.  They both said they didn’t trust her, thought Cliff should go and wanted to keep working together. Beth also told Sis about Nick running info to the other side last week and about Nick wanting Jack out. Beth may manage to make Nick look bad but none of this will save Kaf. If Tommy and Christie want Kat gone, Sis will vote out Kat.

Beth and Jackson will have to decide if they are going to go with the group, not make waves and vote out Kat if things don’t change. It’s only Monday so things can definitely change. The other option is to go against Tommy and go full in with Jess and Nicole. Here’s the problem, Nicole wants to keep Cliff and although Jess will probably stick with Kat, Jess had been upset with her. Jess didn’t like Kat telling on Nicole when she talked to Tommy.

Tommy told Nick he wanted to talk to Cliff before anything was decided for sure.  Tommy prefers to to have Kat leave but he’s open to discussing options. Tommy really wanted some kind of deal from Cliff and Cliff just needed to say the right thing when he talked to Tommy, whether he knew it or not. The one thing I’ve said from the beginning that Cliff gained from his deal with Christie was credibility because his word is gold in the house. As long as Cliff would say the right thing, Tommy would probably believe him and Kat simply doesn’t have that option. (With an injurd back, arm and leg, his word won’t get him to the end and since no one is dumb enough to take him, Cliff’s not winning this game)

Cliff met with Tommy and gave him what he wanted. Cliff made a 2 week deal but said he wanted to work with him beyond the 2 weeks.  I don’t believe either of them want to work with the other but Tommy does believe the deal. Tommy wants Kat out anyway, he’s just looking for a bonus with Cliff.  It’s so arrogant to put someone on the block but expect a deal from them to get them to campaign for you to stay. On top of it, Christie and Sis both want deals for their vote so they don’t want to commit to keeping him yet. The entire thing is ridiculous but this is the same group who thought blackmail was a good strategy last week.

Nick continued to work on Nicole about them and Cliff joining Tommy, Sis and Christie. Nicole knows she’s screwed either way but she isn’t buying everything Nick’s selling at least. 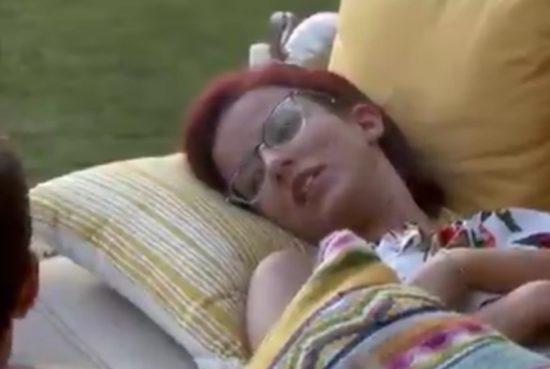 Sis told everything to Nick and Christie that Beth was saying. She also asked Nick about his loyalty to them. Sis and Christie liked the idea of working with Nicole and Cliff but made Nick promise when they got to 4, he would stab Cliff and Nicole in the back and stick with them. He promised and he may even mean it. Who knows? His game is so sloppy. All he had to do with Tommy as the hoh was sit back and shut up for a week. He can’t because he’s trying so hard to be the new Jack.

Kat told Christie she would put Jackson and Beth on the block if she won hoh when she was put on the spot. This was a stupid thing to say and Christie and Sis are even more convinced they have to get Kat out. The know she’s lying because even if Kat would put up Jackson, why would she put up Beth?

Later, Tommy said he didn’t care which one goes since they are both going to come after him. Nick let the group know Nicole is leaning towards keeping Cliff and they were happy about it. (Nicole told Nick earlier she was keeping Cliff and she told Cliff too)

Jess told Sis she would probably give Kat her vote to stay even if the rest of the house decided to evict her.

Tommy told Jackson he’s taking Christie off the block and said Cliff is injured so they have to consider it. He mentioned how they don’t have many guys left in the game.

Christie even talks constantly while brushing her teeth.

One last thought, if Kat thinks she’s leaving and can’t change the votes, I want her to start talking about how much fun she’s planning on having in jury with Jack, just to be petty. How often do we get to see a chicken on Thursdays and with real ruffled feathers?