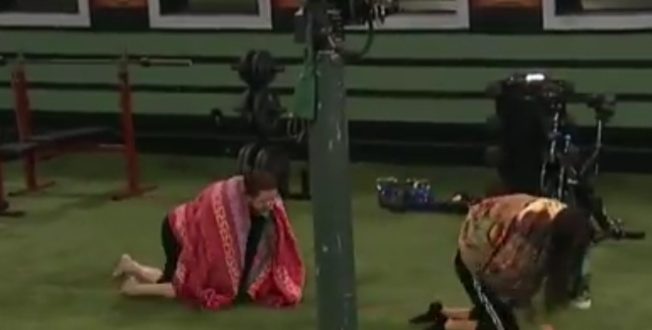 Good morning. We’re almost at the end with only one more episode to go. I was really bummed for Nicole for a while but she lost the comp and it is what it is. She’s been great to watch all summer and I’ll remember her as one of my favorite houseguests but the show’s not over so we’ll have to move on.  I’m not going to boycott the show and I’m not judging anyone who does.  Everyone should be able to watch TV as they choose to watch it.

I’ve already mentioned how the game format seems to be changing and players will need to adapt. The same can be said for the viewers as well. Nicole was banking on end game mental comps and that’s not what they got this season. It sucks be she’s going to be just fine. If she gets AFP or AFH, she’ll make about the same money as the person who comes in 2nd.

It sounds like Nicole had a panic attack and possibly fainted during part 2 of the hoh comp. She talked about it a little but the feeds kept cutting. There’s also been rumblings about Beth cheating because she told Jackson about asking a question.  From the clip I heard, she was talking about asking a question before the comp started.  They’re allowed to ask questions for clarification so this isn’t anything new. The feeds cut so we didn’t even hear what productions response was when she asked a question. Unless there’s more to it than I heard, I don’t thinks there’s anything to this one.

I’ll ask Steve to post part 1 of the season recap later today but here’s a recap of yesterdays feeds for now.

Thoughts on the Sunday episode:

Check out part 1 of the season review later today and until then, have a great Monday.