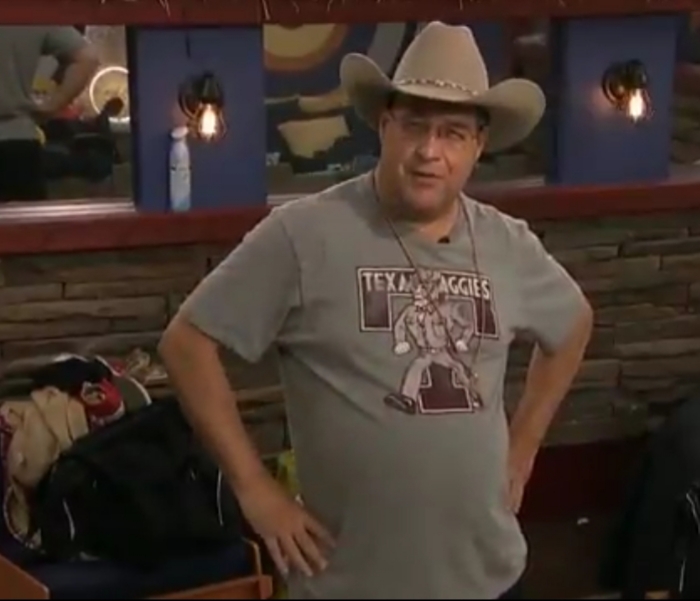 Good morning all! It’s a short one today but all the fun stuff will happen later. The best part of the post eviction drama would’ve been when the feeds were down last night so that was a bummer.  Last night was unexpected or at least some of it was. I didn’t expect Cliff to win his way back into the house and  I certainly didn’t expect him to win the HOH so congratulations to Cliff. As the older person, he had to avoid being the first one out, win his way back into the game and now is in a position of power.  My wishing it wasn’t Cliff who got back in is no reflection on him.  He smoked them all in the comp, he earned it and I’m happy for him.

There was definitely scrambling going on after the live show but we didn’t see much of it. The 6 Shooters were trying to do some damage control after they blindsided Nick and Bella. Here’s Nick the moment Cliff was evicted: 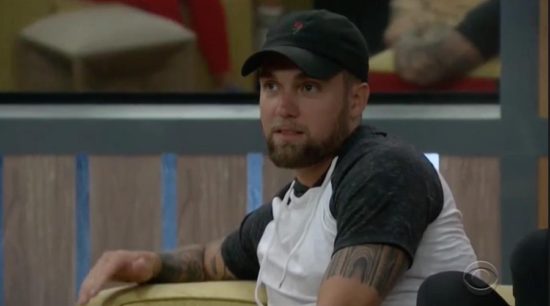 Everybody was lying to everybody last night. Christie was saying they tried to express to Nick how much they wanted Cliff out but it seemed like he didn’t want to hear it. (Not true) Tommy used the approach of hinting that they trusted Nick but was afraid Bella would talk. (Not the reason for the blindside but obviously true)  Bella and Jack had a bit of a testy conversation about not talking game with outsiders but were still saying they were together. Nick said he wasn’t upset about the vote and wanted the 9 to remain a group. The HOH comp hadn’t been played yet so it was impossible to know how much Nick was lying.

Now that Cliff is hoh, he said he wants the outsiders to work together. He told Nicole, Jess and Kat they were safe and said no one that’s been going otb has to worry this week.

Cliff wants to go after Jack, Christie, Tommy or Sis. He knows Jackson and Holly are a couple but is the least worried about them. For now, that’s his plan but he has several obstacles. The first one is Kat. They think she’s with them but she is telling everything to the 6 Shooters. The second is Christie’s power. Luckily, the entire house knows about it and it could come into play this week. Christie got mad at Jack for mentioning it with Nicole in the room. She ended up explaining it to Nicole. (like she didn’t tell everyone else in the house?) Cliffs third problem is Jess because she doesn’t have a clue what’s going on or who is with who even tho it’s being spelled out for her all the time. Kat will tell things on purpose and Jess may do it on accident.

Tommy put the most work in with Nicole as to why they kept her.

Jess really trusts Christie which will bite her in the ass soon.

Jackson came up with the brilliant plan of being a pawn and having Cliff get rid of Nick. He wants Christie to use her power to make it happen. (Don’t ask me???) Jackson thought telling Cliff how he’d be a hero for getting rid of someone the entire house is after was a good idea. (That big head holds a tiny brain) Why would Cliff get rid of the house target?

Christie did a terrible job of explaining to Cliff why they evicted him over Nicole.

Christie is sure she’s going otb and Jack is simply in a mood over finally not having control of something in the game.

Sis said she hated Cliff with her usual venom.

Kat’s already reported back to Jackson who Cliff wants to target. She knows she’s safe this week  and she told him something about this being a good time to tell him that he’s bad for her game. That was actually pretty funny since he did it to her.

Since Cliff is a long time fan of BB, he obviously knows all about doing the storage room dance so he gave us one: 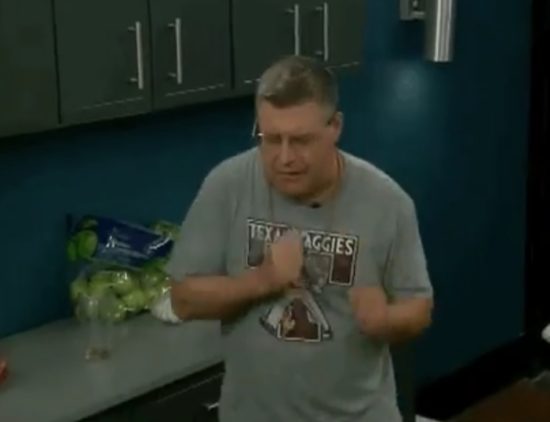 The CBS interviews with Kemi, Ovi and David are on the site now. I haven’t seen them yet so I don’t have any info to share.

Today could be interesting so check back with Steve later for all the details.

Have a great Friday.