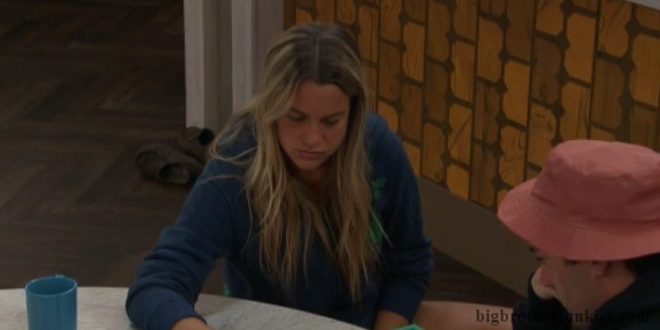 I hope that you all had a wonderful Labor Day Weekend! It’s back to the grind in the Big Brother house as the show must go on. For those of you who have been away over the weekend, let me fill you in on what happened.

Alright, on to the updates today…   I’m kidding. I think?

Jackson nominated Christie and Jessica and then Tommy saved Christie with the veto. They had some prank wars and played a ton of backgammon. That is about it, unfortunately.  There was very little drama, very little plotting and scheming. Even very little crying considering who was on the block. This house is absolutely on life support and may just die come Thursday night depending on what happens. Tommy went all-in with Christie by saving her. But naturally, these clowns have yet to figure out just how close they are (he saved her twice this season with the veto. Twice!).

The plan is to vote out Jessica on Thursday night but Chrisite is going to work really hard to prevent that from happening as the two have ‘bonded’ over the last week or so (by bonding, I mean Christie doesn’t feel comfortable with her former alliance and found someone desperate for a friend). When Thursday rolls around, how people vote may make a difference in the rest of the season. If Christie and Tommy accept defeat and roll with the house, Jessica goes quietly. They can then win HoH and get Jackson out but he won’t be around for a reaction. We’ll just see Holly clinging to Nicole and Cliff and hoping they can pull off a win.

Speaking of, Big Brother really needs to figure out their final month by either showing us jury house feeds or doing one better and using ‘camp comeback’ room as the jury house for the remainder of the season. When they get evicted, they’re still in the house and obviously can still chat with people but won’t be voting or really doing anything other than causing trouble. Sure, it completely ruins the integrity of the game, but it would make the final month a hell of a lot more fun. Think of BB19 when everyone blindsided Alex after she was so sure Paul was with her. I would have given anything to see the aftermath of that when she realized she looked like an idiot on TV.

A big change like that would result in a massive shift in jury management and overall planning the end game, but do we as fans really care? This week would have been a lot different if Nick were in the house with nothing to lose.

BBJ Pet of the Day!

The good boy of the day is Wedge sent in by Susan! The name is after Wedge Antilles from Star Wars which is a great way to capture my heart! 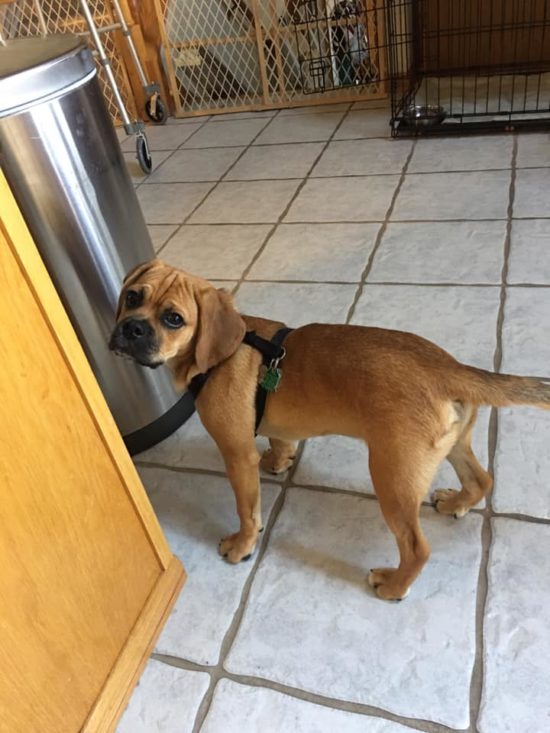 Get him, Wedge! Go protect Luke!

Another thing, thank you again for people who have donated. Please consider donating to Mel and NK as they bust their butts all summer and even little amounts just show appreciation for what they do!

12:20 pm – Feeds were down for about 30 minutes but it seems production was just fixing something so they locked the house in the HoH room. No clue why they need to shut the feeds off for a lockdown

Seeing as it’s going to be a slow day, enjoy the gift that keeps on giving. Jessica’s scream…

2:45 pm – Everyone is sitting around the HoH room

4:45 pm – Most in the kitchen, Christie and Jackson playing backgammon. Every time I see them that is what they’re doing.