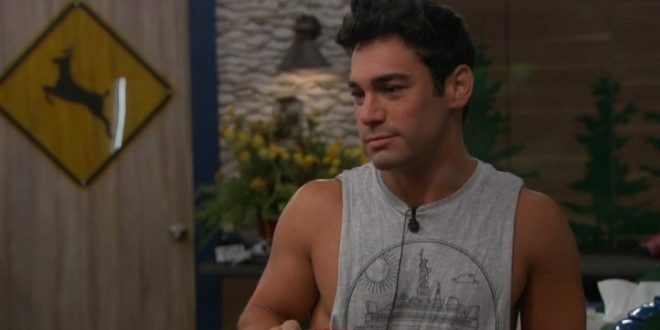 Well, yesterday was quite the day inside the Big Brother house. It was detailed in my live feed thread plus the recap this morning, so I won’t elaborate too much, but I’m still in shock so I need to summarize it.

I started the day off talking about how this is till Christie’s house and the person going to camp on Thursday will depend on what she wants to do. I then thought I was watching Big Brother brilliance when she began randomly freaking out over some paranoia that got into her. She was completely sure she would be the replacement nom during the veto ceremony and began to lose it. The thing is, I thought I was watching another Dan Gheesling’s funeral taking place because it made complete sense. To us, Christie had nothing to worry about as she was never even considered an option. She also had a power and wanted Cliff out this week.

When you put all those pieces together, it was pure genius that she’d freak out about going on the block, convince Kat not to use her veto, and then vote out Cliff. This makes her keep her power for a more important situation and she won’t have to deal with splitting the house by campaigning to keep Nicole when the HoH wants her out. It just eliminates that entire situation before it starts which was some next level thinking. She gets her target and doesn’t need to show her cards to Nick quite yet.

However, it turns out she actually was paranoid which means it appears to be a real freak out. That’s not as fun. We see freakouts all the time. What we don’t see are next level genius moves. Oh well, it was a fun hour while it lasted.

Now I’m off to bed for real. Update in the AM