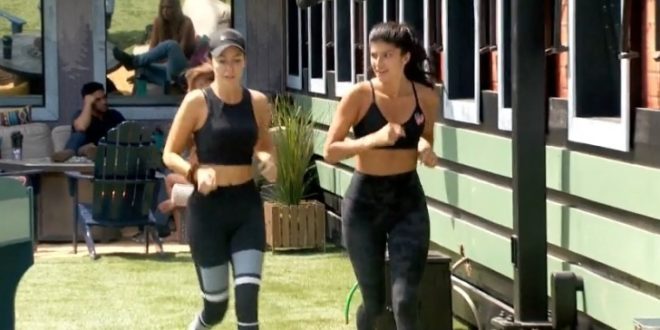 The slow week in the Big Brother house continues as the countdown to Kemi sleeping in one room to another is just over 48 or so hours. Or Jessica. But likely Kemi. Does it really matter at this point? Until the ‘other side’ actually gets together and stop fighting with each other, we’re going to see the first 8 person alliance actually make it to the final 8.

I have to say, as big of a douchebag as he is, and how stupid his initial approach was, Jack is emerging as a serious threat solely because of the power he seems to have over the rest of the house. When you can make blatant final 3-5 deals with 90% of the house, have everyone find out about those deals, and still not be a target, you’re playing with a bunch of bad people. I mean it’s not even like they are talking about evicting him but are just waiting for the right opportunity. There are very brief mentions of a few people wanting him out and one of those people will be leaving the game this week. He’s slowly picking off anyone with an independent thought which is going to carry him far.

And it’s tough for me to say this because I think he’s a really terrible player. It just shows how bad this house has been this year.  Every season they cast roughly half ‘popular’ type and half ‘outcasts’ and every season the outcasts get picked off one by one. The only thing that prevents a complete sweep of the ‘popular’ people every season are the rules where the HoH can’t play the next week and only 6 people play veto. Those two things always end up giving the outcasts a move where the main side is just forced to evict one of their own before they’re ready to. They really need to start casting stronger outcasts.

Off to bed, update in the morning