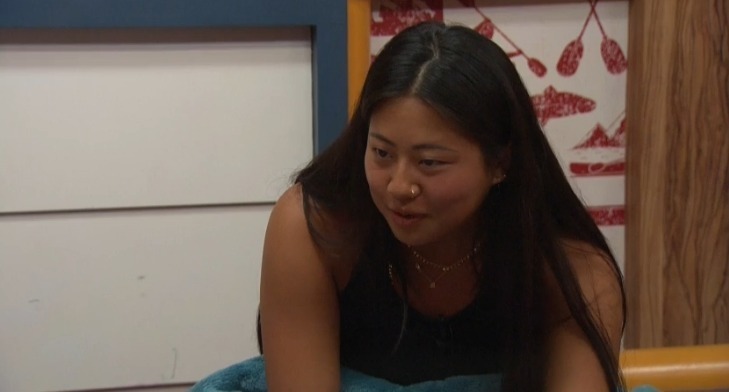 It was a super slow day in the Big Brother house and I’ve already gone over the biggest news of the week like 100x so far, and that is Cliff getting our hopes up and then letting us all down.

I guess I’ll go into that a little more because today revealed that Christie is really gr8ful (see what I did there?) for Cliff keeping his word and she was gushing over him throughout the day. I think it’s going to prove that his move of loyalty, honor, blah blah will get him further in the game than originally anticipated, but it’s still going to take a miracle for him to win. It was going to take a miracle for him to win no matter which direction he went in, and at least this way he doesn’t look like an asshole on national TV. They can easily edit him to look bad by swearing on his family and then going back on it.

And, maybe Cliff is playing 4D chess over here while we’re all playing checkers. If he knows he has zero chance at actually winning this game, it may be smarter to bank on his outside life rather than pleasing the superfans who want a bold move. He’s being made out to be the second coming of Chicken George mixed with a bit of Donny Thompson and that could pay off in the long run. First, it significantly improves his chances of winning America’s Favorite Player (sorry Kemi fans, she’s not winning. She’ll be forgotten in a month). By sticking around, he gets to play the Chicken George routine longer and longer and locks in that $25k. He also secured himself a spot on the jury which is worth another $5k+ in stipend money plus a paid multi-week vacation. Secondly, Cliff can swing this popularity to meet & greets and other events where he gets to pocket some money. It could also land him spots in future seasons, Survivor, or other reality shows as the ‘good guy’.

In theory, this good guy routine could end up making him more money than had he finished in second place and he doesn’t have to lie and backstab to do it. So, if that is his goal, I’ll give him some credit. It’s not the move that fans wanted, but it is likely the better move for his personal life.

Tonight, we’re going to see Bella trying to campaign which may end up costing her votes because she’s just bad at this game, so she can possibly turn tonight from a longshot tie to a 9-1 vote.

Here are the current details of the game: